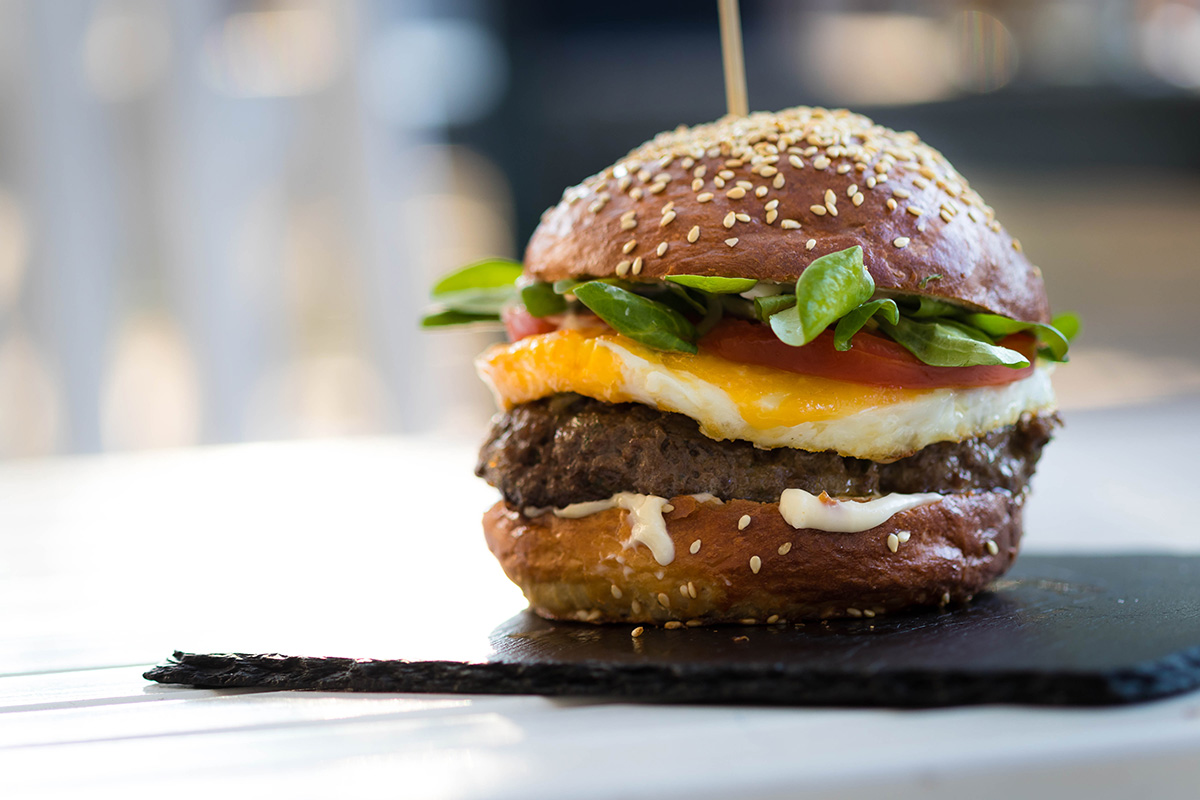 The Journey of Hamburger from Mongolia to The U.S.

The Journey of Hamburger from Mongolia to The U.S.
Restaurant Staff

In American cuisine, there’s arguably nothing more American than hamburgers – that and apple pie, of course. Every American – and then some worldwide – has eaten a hamburger so no wonder that it’s considered a staple on fast-food, casual dining, and even fine dining restaurants. Name an American brand restaurant and it will likely have it on the menu, from McDonald’s to Applebee’s.

Nowadays, there are plenty of choices in hamburgers, too, from the classic beef hamburger to the meatless, gluten-free and organic hamburgers. The ancient Mongolians, if they can see the modern burger, will be surprised that their utilitarian idea has turned into a multi-billion dollar industry worldwide.

Created by the Mongolians

Historians credit the Mongolian soldiers under Genghis Khan, the leader of the Mongolian Empire in the 13th century, as the first people to invent the first version of patties. Under his tutelage, the Mongols established one of history’s largest empires stretching from the eastern coast of China to the border of Eastern Europe. Such was the strength of the Mongols that it is said his cavalry rode for days on end without stopping, not even to take their meals.

And this is where the patty was said to have been born. The Mongolian soldiers would make scraps of meat formed into small, round patties and place them under their saddles; the preferred meat was either mutton or lamb, which were tough to eat when raw. The meat became tenderized from the pressure created by the soldiers riding on the saddle and, thus, it was ready to eat after a few days.

The concept spread to the nations that the Mongols conquered and beyond. For example, the Russians added onions and eggs to the raw meat patty while the Germans, particularly in Hamburg, cooked seasoned meat patties. The latter was known as Hamburg steak, a creation that German immigrants brought to the United States starting in the 18th century.

Refined by the Americans

The modern-day hamburger was created in the United States but as iconic foods go, it has controversy surrounding who, when and where it was created. In fact, several people and places claim to be the inventor and birthplace of the American burger – a meat patty between two slices of bread or bun.

For example, there’s Akron, Ohio that stakes its claim as the hamburger’s birthplace. Here, the owners of Menches Bros. Restaurant claim that their ancestors, Frank and Charles Menches, served the first hamburgers in the early 1880s. The duo apparently ran out of sausages to sell during a county fair and came up with the idea.

Many people in Tulsa, Oklahoma will beg to differ. For them, the original hamburger was created in their city in 1891.

Setting aside these competing claims, we have to admit that the fast-food hamburger we know today can be partly attributed to Walter Anderson and Edgar Waldo Ingram, the co-founders of White Castle Hamburger. Founded in 1921, the White Castle chain is considered as the oldest burger chain still in operation in the United States today – and millions of people love their sliders, too.

Let’s not forget, too, that McDonald’s has played and continues to play a significant role in the development of the modern-day hamburger. Considered as the world’s largest fast-food chain, the Golden Arches sells millions of hamburgers a year, a boon or a bane depending on which side of the food debate you’re on.

But look beyond the Golden Arches and you will find plenty of other restaurants offering their own versions of the classic hamburger.  Many of these restaurants responded to the call for healthier food in light of the increasing public concern over obesity, food safety, and healthy lifestyles. Many of them even offer their customers with the option to build their own burgers from scratch and, thus, give them the opportunity to choose healthier combinations of ingredients.

Beyond these fast-casual and fast-food chains, furthermore, are the sit-down eateries with family-friendly services with menus created largely around hamburgers. For example, Red Robin offers a wide variety of upscale burgers like the Southern Charm Burger, a delicious burger made of Angus beef patty topped with honey BBQ sauce, caramelized onions, candied bacon, and cheddar cheese. This isn’t your McDonald’s hamburger so it’s also more expensive although it’s worth the price.

Burgers are here to stay despite the ever-changing tastes of consumers! The basic ingredients are so simple – a meat or vegetarian patty, a few vegetables, a sauce, and two bun slices – yet in its simplicity lies the opportunity for creativity.

Chefs consider burgers as the perfect blank canvas that allows them to highlight their skills and to provide enjoyment beyond the fast-food burger. Nearly every part of the burger can be tweaked, from substituting the beef patty with a gluten-free vegetarian patty to adding exotic toppings like pickles, frizzled onions, and candied bacon. Even the meat can be any other type aside from beef, such as venison, goat, lamb, chicken and turkey.

The burger’s journey isn’t over yet so we suggest keeping an eye out for new creations that may just blow away your mind!