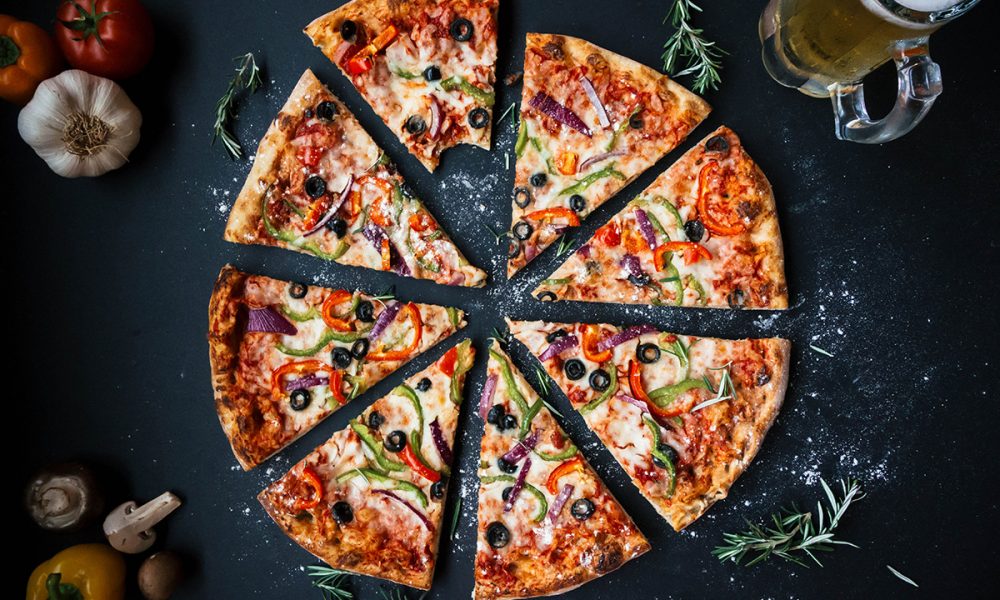 Fusion cuisine can be a hit-and-miss thing – sometimes, it hits the right spot; sometimes, it makes us question why chefs even thought that the food will be palatable at all. The fast-food chains aren’t immune to the appeal of fusion cuisine and, thus, we’ve heard of many collaborations between them. These collaborations usually happen when two fast-food chains are owned by a common parent company.

This is true for the KFC x Pizza Hut collaboration that gives us the popcorn pizza. Yes, you read that right – popcorn and pizza in one plate. If it sounds weird, that’s because it is and you may or may not like the idea of it, much less get a taste of it.

The idea of combining pizza and popcorn seems like an idea proposed by an overenthusiastic toddler who wants to have his pizza and eat his popcorn, too. But it’s an innovative product that can also be proposed by fast-food giants that want to have their profits and get them, too.

No matter what we initially think of it, the new KFC x Pizza Hut collaboration has taken the Internet by storm, possibly sending Netizens into factions. Obviously, there’s the faction that loves it, another faction that hates it, and yet another one that considers it “Meh!”

Does it sound weird to you now? If it does, then you may also find it weird to look at! Many social media users will also agree if you think so, too.

One wrote that he doesn’t get the big deal about the KFC gravy as a pizza base, not even as a dip on its own, and then called it weird. Yet another asked, “What kind of animals have sweetcorn on a pizza?” We’d like to answer, “Probably the kind of animals that will eat anything for as long as it’s fast-food!”

No matter what you think of the KFC x Pizza Hut pizza, the fast-food chains’ campaign seems to be working. Since KFC first posted photos of its new offering on social media, the consumer interest has continued to build up. Proof: There are more than 197,000 comments and 30,000 shares; it has become among KFC’s biggest social media interactions worldwide.

What can we say about it? Well, the concept is interesting on its own but the execution needs improvement, and a significant one at that!

The pizza base itself is just your regular Pizza Hut dough. But instead of the regular tomato base, it has a generous slathering of KFC’s gravy. The gravy works fairly well but it must be eaten when it’s still fairly hot, perhaps just slightly lukewarm. When it becomes cool, the pizza becomes less palatable because the gravy is too watery, too bland at cool temperatures.

You can place leftovers in the microwave to warm them up, especially the gravy, but the consistency isn’t desirable anymore. Again, the gravy becomes more watery than a watery tomato sauce commonly used on pizzas.

The popcorn chicken, a piece of smaller and rounder chicken nugget, is actually quite good. Every bite gives the oomph that juicy, tender and flavorful chicken nuggets should have, and KFC got this one right. We can’t get enough of chicken nuggets anyway so to be able to eat both a pizza and chicken nuggets in one bite is like being in food heaven.

But the sweetcorn bit isn’t the kind of topping most of us imagine on pizzas! Here, the KFC x Pizza Hut collaboration falls flat on its face. You can try to pick off every single corn on the pizza, if you have the time, but you can’t do it easily. The sweetcorn kernels are not only small but these are buried under stretchy cheese that it isn’t worth the effort.

This pizza may have been on limited release but it may be worth a try. Of course, if you’re not into unconventional food pairings, then you can just skip it.

This isn’t the first time that KFC and Pizza Hut collaborated on food. Both are subsidiaries of YUM! Brands International, after all, so collaborations are fairly easy.

The fast-food chains previously released The Gravy Supreme, a pizza with the Pizza Hut cheesy bites crust, a base of KFC gravy, and numerous toppings. This was a calorie-filled pizza that resulted in an online controversy.