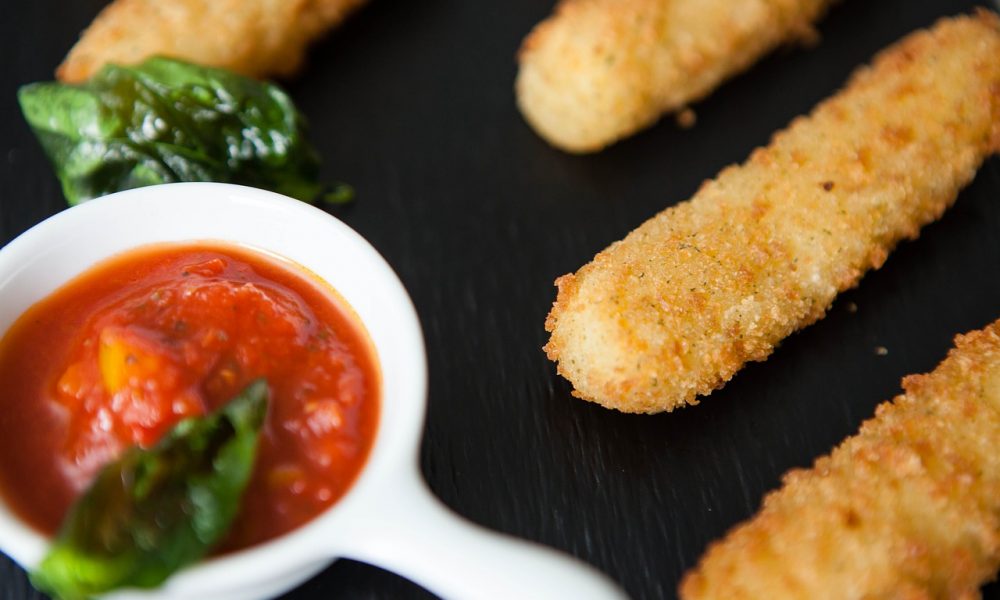 Mozzarella sticks are among the bestselling side dishes on the Burger King menu and we aren’t surprised. There’s something so satisfying about biting into a mozzarella stick, getting the ooey-goeey texture and enjoying the so-cheesy flavor!

But do you know where mozzarella comes from, among other things? You should be interested because it pays to know where your food comes from, if only to gain a deeper appreciation for it. You may even be able to share fun facts about mozzarella with your friends, a great way to start conversations.

It Comes from Italy

The Italians have a love affair with cheese and it shows in their love for mozzarella, a sliceable curd cheese. The first mozzarella was made from the milk of water buffalos. But since these animals were herded in a few countries only, Italy and Bulgaria included, most mozzarella produced nowadays come from cow’s milk.

Mozzarella itself can be made from either pasteurized or unpasteurized milk although there are no significant differences in their taste and texture. The regions of Italy from which it comes from are Campania, Molise, Abruzzo, and Puglia. But it’s also produced in other countries by the producers like FrieslandCampina and Williams Cheese Company.

It was previously made only with the water buffalo’s milk because of its unique characteristics. Milk from the water buffalo has nearly double the solid content as well as a higher protein and fat content than cow’s milk. Plus, it has high levels of healthy unsaturated fats including oleic acid.

By the way, fior di latte is the name used for mozzarella made from cow’s milk only. It’s an old-fashioned term that’s still in use by milk producers and pizza makers.

Mozzarella is an Italian Traditional Specialty Guaranteed (TSG) product. This means that it’s considered as a traditional and geographical specialty, and it has strict production requirements. Indeed, Bufala Campana is a type of mozzarella that cannot be produced anywhere else other than Campania, as well as non-local ingredients and different processes.

There are cheeses used on pizzas that aren’t considered as mozzarella because these have been made with milk proteins or imported frozen curds. These are called mozzabella and pizzarella, among other similar-sounding names, but these are mozzarella as the cheese industry knows it.

It Has Unique Characteristics

Unlike most other cheeses, it isn’t aged and, in fact, it should be eaten fresh, usually within just a few hours after it’s made. It’s a semi-soft, brined cheese with a 45% fat content and 403 mg/100g calcium content.

It doesn’t have a rind so it’s eaten as is. Its milky flavor is complemented by its white color and fresh, milk aroma. It has a stringy, springy and supple texture that makes it a favorite cheese for pizzas and sticks.

Its Name Evokes Its Process

Mozzarella’s name comes from its production process. During the processing or water buffalo or cow’s milk, its curd is cut off, so to speak, meaning that it’s cut according to the desired shape. Its shape can be braided, rounded and bite-sized, also known as bocconcini.

It has Specific Preservation Techniques

Since mozzarella isn’t aged cheese, it has unique preservation techniques. For one thing, it should be stored in a small amount of its serum, the salted whey in which it’s packed and delivered. It shouldn’t be left immersed in milk, even when it seems like a good idea, since it will lose its fresh, milky flavor.

Pizza makers, however, may drain it and then leave it in the fridge before using it on pizza. This will prevent the pizza’s dough base from becoming soggy, even wet, when baking.

For another thing, it shouldn’t be frozen! Instead, it can be placed at the top part of the refrigerator (not in the freezer). Otherwise, the transition from the freezer where temperatures are in -18°C to room temperature will result in its powdery texture and loss of flavor.

Ostraconophobia: The Fear Of Shellfish Briefly Explained
Soft Serve and Its Differences with Ice Cream