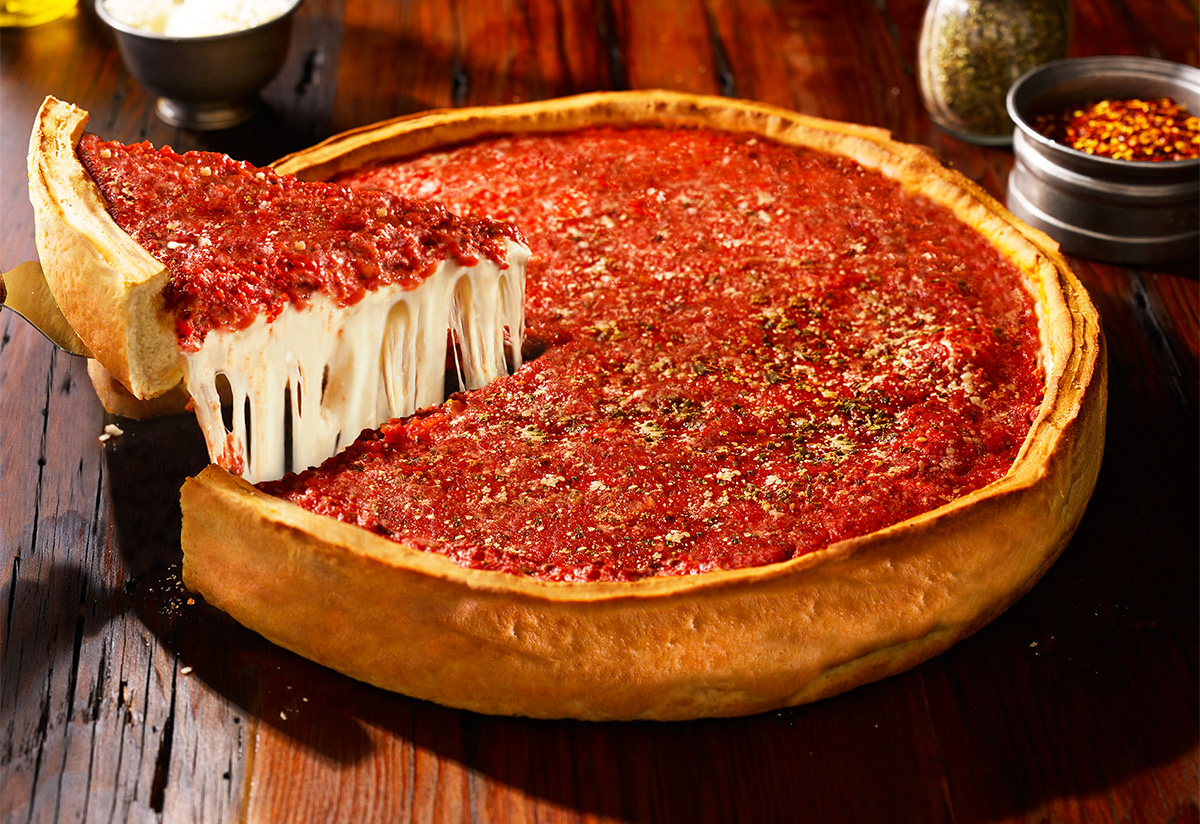 Cops Weigh in on The Pizza Debate
Restaurant Staff

Pizza is a strange thing, if you ask us, because it both unifies and divides people from all walks of life. We can agree that pizza is the next best thing to sliced bread, if not better than sliced bread. We also disagree on what makes for a best pizza, and the New York City and Chicago cops have thrown in their two cents’ worth into the fray.

It All Started on National Pizza Day

On National Pizza Day, a day celebrated on February 9 each year, saw another aspect of the ongoing feud between the New York Police Department and the Chicago Police Department. This time, social media became an instrumental tool in the spat between the nation’s finest cops.

On National Pizza Day, some of the NYPD’s top officials tweeted a response to the first salvo fired by the CPD. The latter tweeted photos of thin crust and deep dish pizzas, which were accompanied by the challenging caption, “Deep dish, or ol’ fashioned thin crust? Either choice beats New York-style slices” and the word war started from there.

The NYPD through Chief of Detectives Dermot Shea tweeted an equally provocative response, “Trick question. If it’s not from New York, it’s not pizza.”

Let’s just say that neither of these city police departments will take things lying down!  The two sides even challenged each other to eat their competitor’s pizza and document it.

So, who won? We have to say that nobody will win because like religion and politics, pizza is a deeply personal belief that unites and divides people. The winner depends on which side you’re on and which pizza you prefer – you may be all for Chicago-style pizza but we like New York-style pizza.

Perhaps the only clear winner here are the pizza chains that offer versions of both types of pizzas. We suggest trying your neighborhood Shakey’s Pizza since it will likely offer both types.

The word war between the two police departments isn’t surprising for another reason. There’s a reason each city has a pizza style named after it – Chicago takes pride in its deep dish pizza while New York City claims thin crust pizza as its own. Each city thinks of its unique pizza as its birthright, a right that many pizza enthusiasts will fight for until they’re blue in the face.

But if you come to think about it, the comparisons between the Chicago-style pizza and the New York-style pizza is akin to comparing chocolate pie and chocolate cookie! Both are made of the same ingredients – flour, water and yeast for the dough and tomato sauce, meats and cheeses for the toppings – just like chocolate pie and chocolate cookies share many of the same ingredients. Both are also baked in an oven.

But the similarities end there and the differences become more glaring.  Let’s take a look at these differences and understand why cops also felt the need to express their opinion on the fiery my-pizza-is-better-than-your-pizza debate.

New York pizza has a thin, crispy crust with a topping of a thin layer of rich tomato sauce, assorted toppings, and cheese. Chicago pizza has a thick crust with about an inch of tomato sauce, assorted toppings usually minced meat and vegetables, and cheese. As the New York cops sarcastically observed about their Chicago counterparts’ pizza, it may be filled with pasta!

New York pizza has a more minimalistic approach to toppings, an understandable decision among its chefs considering the thinness of the crust. The toppings are thin and small so that these can better stay put in the crust’s flat shape.

Chicago pizza makers have a more is more attitude to the toppings for a good reason – the deep crust allows for heaps of toppings to be placed on of it. There may be an inch, perhaps more, of the various toppings on it, a fact that makes Chicago pizza more decadent in our opinion.  There’s something good to be said about the more is more approach as against the less is more one.

New York pizza lovers prefer mozzarella cheese on their pies. Chicago pizza chefs use several different cheeses for a single dish and often form layers with them; cheddar and mozzarella are popular choices.  The result is that Chicago pizzas tends to have more complex flavors, cheese-wise, than New York pizza because of the use of cheese layers.

Eating New York pizza can be done in two ways – first, by using a fork and knife; and second, by folding it in half and eating it straight from your hand. Either one is acceptable; it’s all a matter of circumstance – you can’t eat pizza with dining utensils when you’re eating it on the go.

Due to the thick crust and toppings on a Chicago pizza, it should be eaten with dining utensils. Otherwise, you will become smothered in tomato sauce and toppings, a case of the pizza eating you and not you eating the pizza.

In the end, both pizzas are great! It’s just a matter of where you came from and your acquired taste.