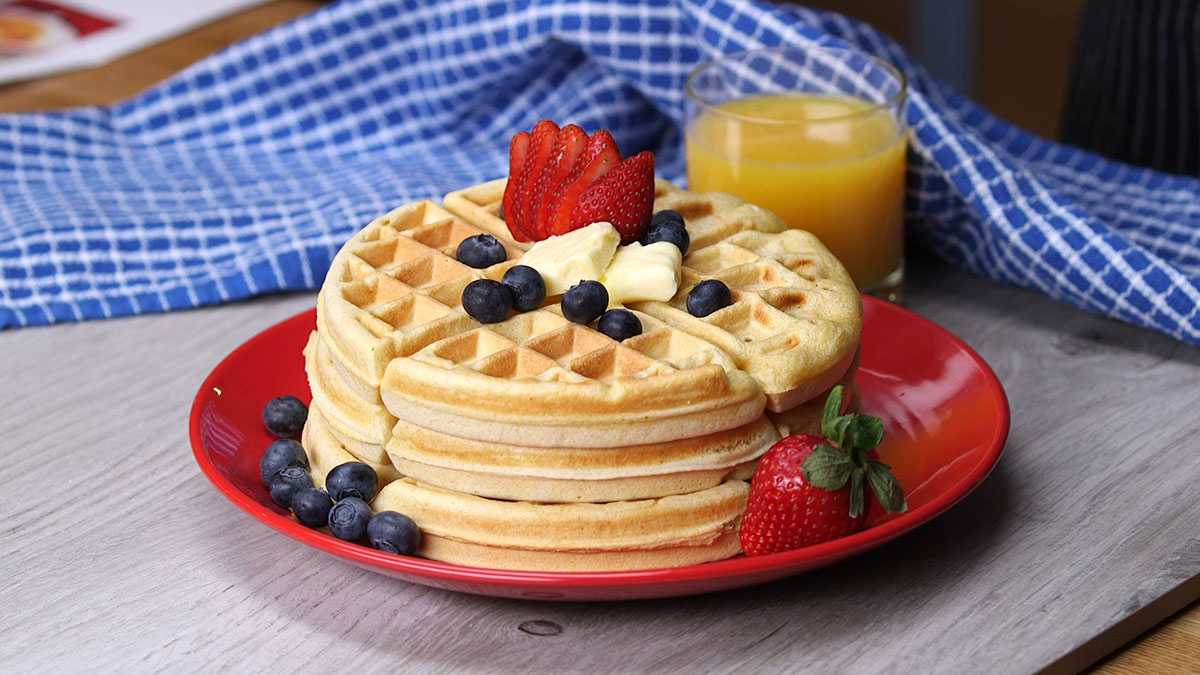 In the 1980s and 1990s, waffles in America were smaller, thinner and crispier than the Belgian waffles we know – and most of us love – today. Known as American waffles, these were usually smothered in a combination of maple syrup and melted margarine resulting in a sticky breakfast treat. These also featured fewer holes so these two favorite toppings didn’t have many pockets to pool in.

And then about 15 years ago, the waffles as we know them then changed. Here’s what happened per our personal experiences and observations of the food trends in the United States.

Beginnings of Waffles in America

Waffles have been a favorite breakfast item in the United States for centuries. Thomas Jefferson was said to have brought the waffle iron to the country after he visited France.

Up until the early 20th century, waffles were thin and flat so these were crispier. These skinny waffles were so popular that it was among the bestselling products of the time! In the 1950s, too, frozen Eggo waffles were the kings of the breakfast table; Kellogg’s later became the owner when it acquired the original manufacturer’s company in 1968.

But America being the melting pot of cultures, there were also communities that preferred thicker waffles. During the 1964 World’s Fair in Queens, for example, Belgian natives Maurice and Rose Vermersch sold Brussels waffles, which were thick and chewy. These became so popular that the Vermerschs called it Belgian waffles – apparently, many Americans didn’t know where Brussels was or we would still continue calling these waffles as Brussels waffles.

If you are a child of the ‘80s and ‘90s – and we assume that many of our readers can still remember these decades with nostalgia – then you may remember that in the past 15 years or so, there’s been subtle changes in the size of waffles. We’re not just talking about waffles served in homes but also about waffles served in restaurants, food trucks, and hole-in-the-wall eateries, too.

Waffles have become thicker and thicker, as well as filled with more holes and served with more toppings. These beloved breakfast treats also featured deeper pockets that can absorb, so to speak, more of the toppings that included just about anything that you can think of.

While maple syrup and butter are still among the favorites, especially among the health-conscious individuals who want waffles without feeling too guilty about the calories, there have been many more toppings. Sliced fresh fruits from strawberries, blueberries and blackberries to mangos, pineapples, and avocado; chocolate and strawberry syrup; Nutella or any chocolate spread available; and mountains of whipped cream are the new norm. There are even savory Belgian waffles with toppings like pulled pork and coleslaw!

We are keen to believe that waffles lovers think that the more toppings there are, the better the eating experience will be. Even if the waffles are nearly buried under the mountain of toppings, it’s still okay because the waffles have apparently become nothing more than the support, not the star, of the dish.

The increase the size of waffles and the number of toppings can also be attributed to the “bigger is better” trend in portion servings in America. Restaurants from five-star fine dining establishments to fast-food joints are offering ever-larger plates and portions, often as part of their campaigns to attract more customers. Consumers have lapped it up, too, so much so that we want 20-ounce steaks but if there’s a larger steak, then we will take it!

The two waffle types also have different mouth-feels! Belgian waffles have more air in them so these are fluffier than the American waffles, as well as a sturdier structure that can take the weight of the toppings. Belgian waffles are more Instagram-worthy, too, an important factor in its enduring popularity in the social media-heavy society we live in.

Fortunately, there are still restaurants that offer the beloved American waffles, too, so you can still get your old-fashioned fix! We love Waffle House, a popular institution in the American South, which serves thin sweet cream waffles, the traditional American-style waffle that children of the ‘80s and ‘90s grew up with.  We didn’t find any of the thick Belgian waffles on the menu and we love it. 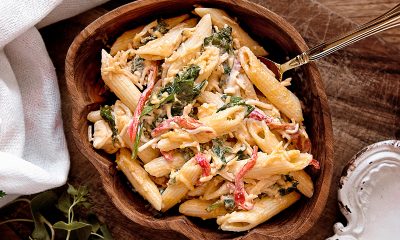 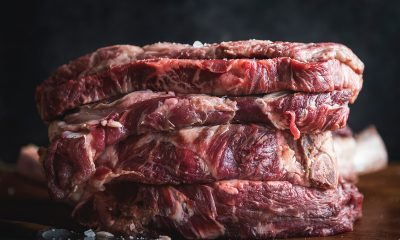 Kobe and Wagyu: What’s What? 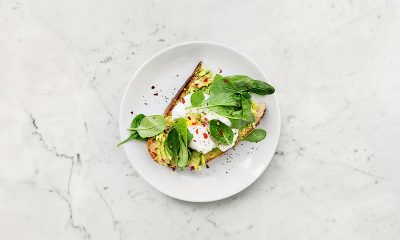 How Chefs Make Your Food Beautiful on The Plate

Cops Weigh in on The Pizza Debate
Sabrage is Fun But it Ain’t Easy!