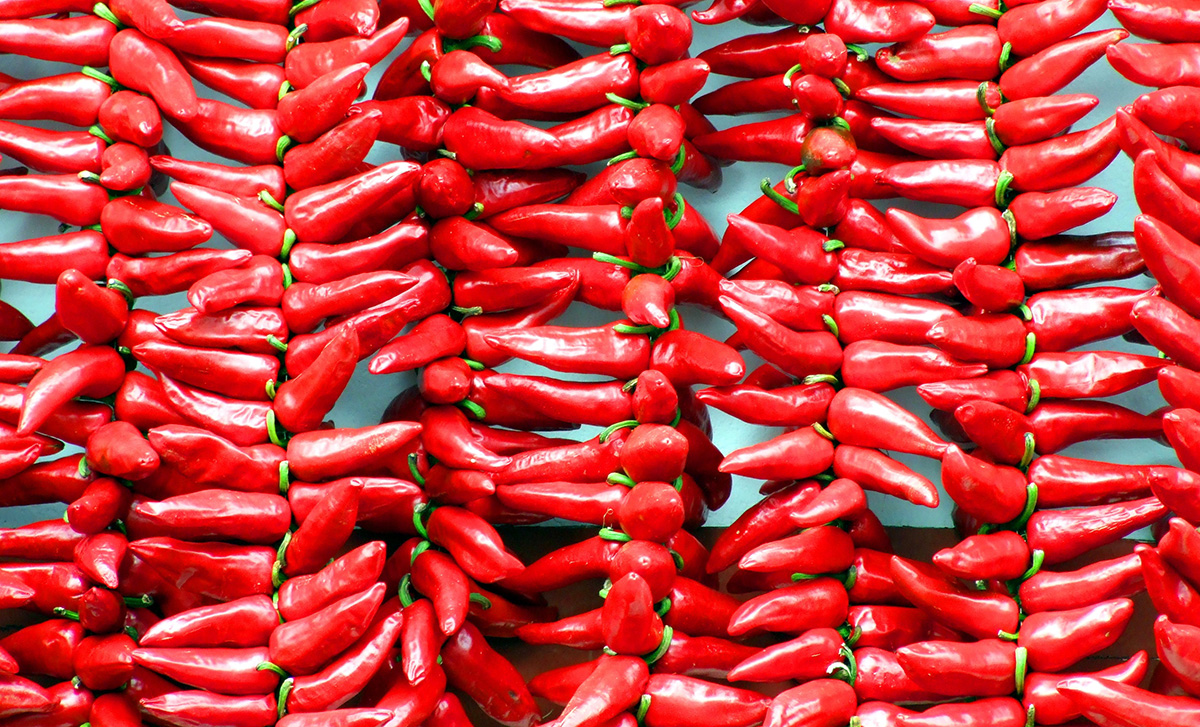 Why and How to Get A Kick Out of Spicier Food

In chicken wing-centric restaurant chains – Atomic Wings immediately comes to mind – the menu’s featured items are the chicken wings and their wide range of sauces in different flavors. Many of these sauces have spicy flavors, mostly due to the addition of chili peppers, since heat brings out the best in the juicy, succulent and tender chicken with relatively crispy skin.

But you don’t exactly have the tolerance for spicy food except for the mildest ones! What can you do? Why do we get a kick out of eating spicy food in the first place? Let’s take a look at the answers, which will definitely be to your benefit the next time you find yourself in a friendly spicy chicken wing eating contest with your friends.

Why Spicy Food Gives Us a Kick

Do you nearly always want to eat spicy food or use spicy sauce on your food? Do you find yourself unable to stop eating spicy food even when your mouth is on fire and your sweat is flowing like rain? If you do, then you may be one of the people who get a kick out of spicy food!

Don’t worry because you aren’t in any danger of getting a spice addiction, technically speaking. But you can call yourself a chili chaser, perhaps even take pride that you can actually eat an entire bucket of the spiciest chicken wings on the Atomic Wings menu.

But why do people get a kick out of eating spicy food? The answer lies in our unique brain reactions to heat in comparison with other mammals.

Spicy peppers including chili pepper, the most commonly used in North American restaurants, belong to the nightshade family; interestingly, eggplants and tomatoes also belong to it. These plants don’t want to be eaten by animals particularly mammals and fungi and, as such, release a chemical known as capsaicinoids for protection against these attacks.

When a human eats chili pepper, the capsaicinoids in it directly acts on the pain receptors in the mouth and throat. The pain receptors then send signals to the brain resulting in the appropriate pain response, as if the body is actually on fire (i.e., physical trauma). The brain sends a flood of endorphins and dopamine that, in turn, makes an otherwise painful experience a pleasurable one.

Endorphins are neurotransmitters that act as the body’s natural painkiller by blocking the transmission of pain signals. Dopamine is also a neurotransmitter that sends messages to the pleasure receptors, thus, the feelings of pleasure and calmness. The flood of pleasure that accompany their release makes the fire in your mouth worth the pain –and that, ladies and gents, is why you get a kick out of spicy chicken wings.

How to Build Your Spice Tolerance

What if you’re a sissy in spice tolerance? Don’t worry as we all have to start somewhere, not to mention that it’s a trick that can be learned even by old dogs.

Don’t eat an entire chili pepper on your first go because then the pain will outlast the pleasure shot. Instead, start by increasing the amount of crushed red pepper flakes on your mac ‘n cheese or your soup. You may also spike your ketchup with a few drops of Tabasco sauce and use it as a dipping sauce for your fries, onion rings, and the like.

Over time, you can tolerate spicier food until you can give the spice-loving Indians and Mexicans a run for their money.

You should also start with the milder peppers, such as cubanelles and poblanos. When your taste buds have become accustomed to their mild heat, you can move on into the serranos and jalapenos; seeded, chopped chiles added to your entrée is also a great idea.

Chili pepper can enhance the flavor of many dishes and even desserts, such as chocolate cakes with a spicy kick. Just savor the new flavors that come with an otherwise familiar food and the heat from the chili pepper will be less noticeable.

Don’t be foolish to think that as your spice tolerance increases, you will have little to no need for coolants. You will need them because your pain receptors have their limits, not to mention that there’s a great relief to be enjoyed after eating or drinking your preferred coolant.

You can keep a cold glass of milk, a bowl of sour cream, or cilantro or lime on hand. These are great coolants that can also enhance the flavor of your food.

But if you can’t build heat tolerance beyond the poblanos and cubanelles, then don’t force it. Not everybody can handle the heat and there’s no shame in that.

Juice Cleanse: From Beginning to Breaking It
Health Foods May Be Worse Than Donuts