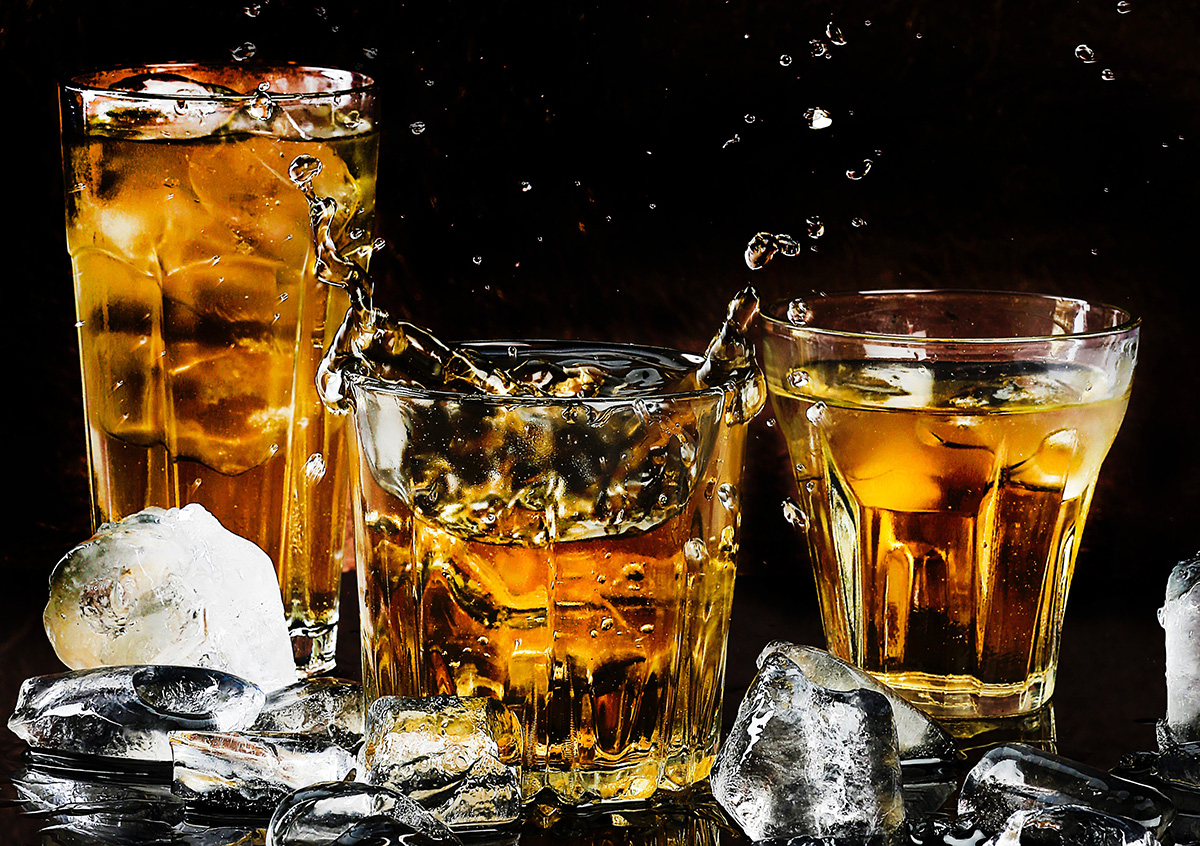 The Many Ways Flavored Whiskey Comes Into Existence

The Many Ways Flavored Whiskey Comes Into Existence
Restaurant Staff

A glass of scotch has an elegant look to it but when it hits the throat, it feels like battery acid burning the flesh. Fortunately, there’s hope in the form of flavored whiskeys! These are distilled alcoholic beverages produced from rye, corn, and barley with added flavorings that decrease the burn and increase the pleasure.

Plus, we like it that flavored whiskeys can be enjoyed in different ways. Order it on the ice or mixed with tonic, soda and even toddy at popular bars like Bar Louie.

But how do these alcoholic beverages transform from a clear spirit to flavored whiskeys?

Flavored whiskeys start as clear spirits with none of the distinct whiskey flavors. But when the clear spirits are placed in oak casks for the aging process, these are well on their way to a transformation. Emphasis must be made, however, that many distilleries are selling white whiskey as a cash generator while waiting for the whiskey to mature.

The oak casks are of crucial importance to the aging process. While many distilleries are using innovative processes in fast-tracking the aging process, the old-fashioned process is still the preferred one because of its excellent results. Flavored whiskeys aged using the traditional process has a mellower feel and subtler flavors, traits that make them so easy to drink on the rocks.

The type of oak cask used in the maturation process has a significant effect on the flavors and feel of the flavored whiskey. Even the age of the oak cask will have an impact! For this reason, the types and age of the oak casks used have been in place for more than a century since, after all, if it isn’t broke, there’s no reason to change things.

For example, bourbon should be aged in new yet charred oak casks – and it isn’t just tradition that dictates it but the law! The old casks are then reused for storing other types of whiskey and, in the process, gives subtle hints of the flavors from the previous inhabitants to the new ones.

Why are the oak casks charred? The charring process releases vanillins and, thus, gives bourbon its characteristic toasty and caramel notes, as well as gives its color to bourbon. There’s also the matter of filtering the impurities in the wood, especially in removing the off flavors.

Bourbon casks are typically made of white American wood that, when properly charred, impart a tantalizing blend of cherry, vanilla and spice notes. In contrast, wine casks made of European oak impart a more distinctive dried fruit, orange and clove notes.

Suffice it to say that oak casks are crucial to the manufacture of flavored whiskeys. We should all have a deeper respect for these barrels that often seem homey at best.

While the notes, aromas and flavors of flavored whiskeys are imparted from the oak casks during their maturation process, there are other factors that influence their final flavor. We have to say that it’s an impressive feat, indeed, that distilleries manage to maintain the quality of their products despite the variable nature of the factors involved.

For example, a Jack Daniels Tennessee whiskey will look and feel as well as smell and taste the same, bottle after bottle, year after year. Is it magic? Perhaps, but distilleries will say that it’s a combination of art and science, of years of experience, and of love for the craft.

The factors that affects the maturation process of flavored whiskeys are:

The bottom line: Whenever you’re served with flavored whiskey on the rocks or mixed with other spirits, you may want to take a few moments to appreciate its complexity and its journey. You may even want to thank its maker for the gift!

The World of French Fries Explained
Know The Difference: Neat and Shot, Cocktails And Mocktails