Health Foods May Be Worse Than Donuts 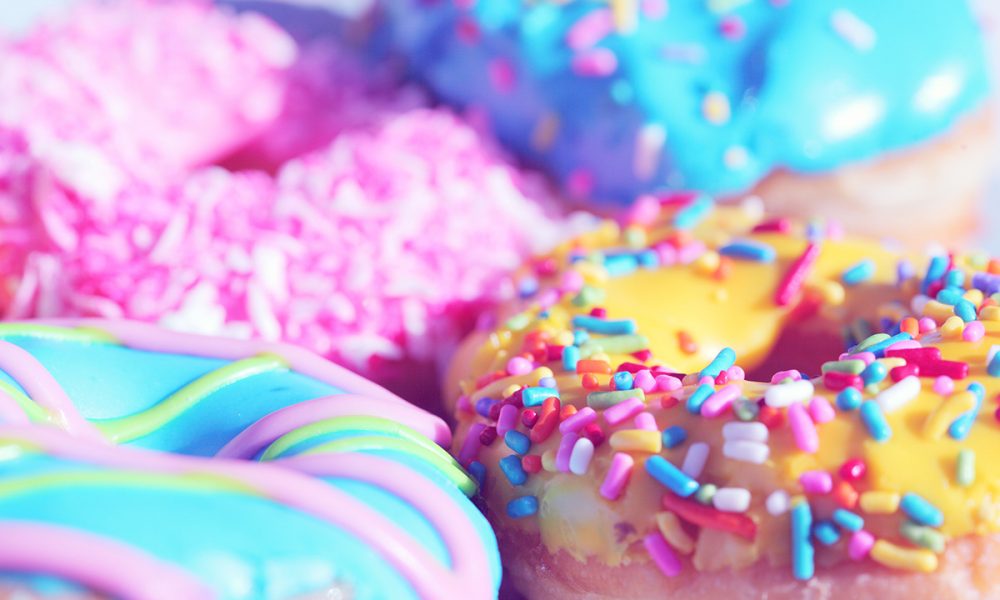 Health Foods May Be Worse Than Donuts
Restaurant Staff

High consumption of sugary products has been closely linked with increased risks of chronic degenerative diseases including heart disease, stroke and Type II diabetes. The emphasis here is on high consumption since sugar, or glucose once it’s in the body, can be beneficial to health, too. Such is the case of eating a Duck Donuts or Dunkin’ Donuts breakfast donut to jumpstart your brain’s normal functions in the morning, as explained in another article.

But in a bid to decrease their daily sugar intake, millions of Americans are being taken in by the misleading labels on so-called health foods. Manufacturers and marketers are partly to blame, too, because of their use of said labels to encourage customers to buy their products. These labels include low fat, low carbs, low sugar, gluten-free, and whole wheat.

The ugly truth: Many of these so-called health food products actually have higher sugar content than a Duck Donuts glazed donut! Here are several of these food items that you should be aware of.

We agree that instant oatmeal with milk and slices of fresh fruit as topping are great breakfast combo when you’re running late or you’re feeling lazy. Instant oatmeal is, after all, a time saver – just pour hot water on it, wait for three minutes, and then it’s done. You probably didn’t have enough time to make a fresh batch of steel-cut oats, a fiber-rich alternative that requires cooking.

But instant oatmeal lacks the nutrients in steel-cut oats, not to mention that a packet of instant oatmeal with maple and brown sugar flavoring has the sugar equivalent of three donuts!

The “whole grain” labeling leads consumers into thinking that a cup of the breakfast cereal is a healthy alternative to a breakfast donut. It’s such a shame because the former has a sugar content equivalent to three of the former, as is the case for the oatmeal.

This is particularly true for whole grain cereals with words like “honey”, “crunch”, and “crisp” in them. Why? The clumps of rice or what are likely held together by fat and sugar while the sweetener isn’t unprocessed honey – it’s actually corn syrup with caramel food coloring.

Bottled smoothies are seen as health food because these are supposedly made of fresh fruit and milk. But don’t let that fool you as many store-bought smoothies contain fruit juice concentrates as sweeteners – and these are just as bad for your health as high fructose syrup. Plus, fruit juice containers lack fiber, which has waist-whittling properties; fiber can suppress your hunger pangs.

If you’re craving for smoothies, you should whip a fresh batch at home and hold the sweeteners. You can skip the equivalent of 12 donuts when you do. Yes, a bottle of bottled smoothie has sugar the equivalent of a dozen donuts so you’re not doing your body a favor.

Again, just because a bottled product has “made from real fruits” in it doesn’t necessarily mean that it contains fresh fruits and nothing else. Many of the fruit juices in stores contain filtered water, fruit juice concentrate, and natural flavoring, as well as plenty of sugar. The “fresh fruit” component may well mean a slice of it in a bottle.

For each cup of a store-bought fruit juice, you’re consuming about nine sugar-raised donuts. It isn’t healthy eating so stick with a homemade fruit juice sans the sugar as sweetener.

Did you know that a 2-ounce granola bar has a sugar content equivalent to nine donuts, too? Here you were thinking that you were making healthy choices by skipping a donut and eating a granola bar instead.

Not all granola bars, however, are bad for your health. You can make homemade granola bars with more of the rolled oats and less of the caramelized sugars. This way, you can steer clear of store-bought granola bars that contain plenty of hidden caramelized sugar, perhaps with nuts and seeds to make them sound healthier to consumers.

Yet another misleading use of the term “whole grain” is in breads. The more disturbing thing is that many whole grain bread have higher sugar content than donuts – a single slice, for example, of a honey-flavored wheat whole grain bread can contain as much sugar as a single sugar raised donut.

Other supposedly health foods that you are well-advised to avoid, or at least limit your consumption include:

In the end, every adult consumer should be vigilant about their daily sugar intake and educate others about the dangers of high sugar consumption. When you’re eating donuts from Duck Donuts, for example, you should always remember that it’s best to eat in moderation and to adopt healthy eating habits.