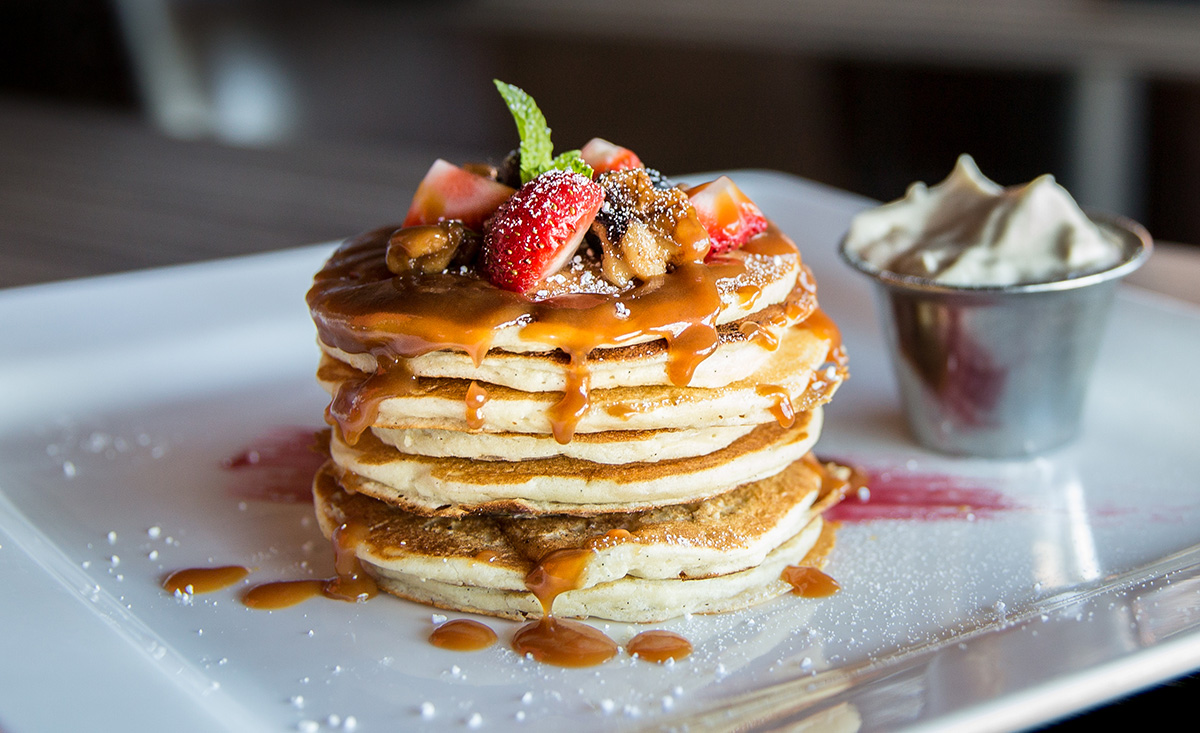 Denny’s and IHOP are two of the most popular breakfast chains that are asserting their dominance as of late. Not only are they drawing in younger patrons but they’re also highlighting their rivalry, as most competing restaurant chains do.

This rivalry can be expected from these two brands, especially since they’re a lot alike. Their size alone can already be a good basis for comparison. Both have around 1700 branches locally and worldwide. Their concepts and overall vibe are also similar. They’re also marketed towards the same market. So you can say that they’re vying for the tummies of the same people.

Like other closely competing chain restaurants, Denny’s and IHOP also once took to Twitter to declare themselves the OG pancake purveyor. This put their decades-old competition in the spotlight, much to the entertainment of followers and diners all over America.

Their ribbing made lots of people think about which one is the actual superstar when it comes to breakfast food. There aren’t definite answers yet, especially since their menus are a lot alike. So if you want to know where’s the better place to spend your money in, this quick guide might help you choose for yourself.

When you mention American cuisine to foreigners, most of them will have diners and greasy breakfast food in mind. These local eateries are important parts of many towns and neighborhoods around the US. this is why shouldn’t be surprising that they’re practically representative of the country’s culinary identity.

Denny’s capitalizes on the image by owning the “America’s Diner” concept. While being a chain tends to disqualify it as a true-blue diner, it manages to capture the feel and vibe of such establishments. Nowadays, it’s bringing the concept to various locations all over the globe.

When compared to IHOP, however, Denny’s tend to be better known for its longer menu. It’s known for more than just its waffles and pancakes with menu items like the Grand Slam and Moons Over My Hammy.

These specials offer a filling meal that is perfect for breakfast but also proves to be great treats after a long day at work. As they’re also lower-priced compared to IHOP in most areas, they can certainly attract regular Americans to take a bite at what they have to offer.

Don’t think, however, that Denny’s aren’t good with pancakes and waffles. Lots of reviewers and diners will make a case why their lighter pancakes make the best breakfasts out there. Combined with their more savory items, you can really get a good fill from this chain.

With a name like the International House of Pancakes, you’ll know what to expect from this chain restaurant. This makes the place rather straightforward and a good option for those who are determined to eat something fluffy to start their day. They’re all about their pancakes but you always have other options to spruce up your breakfast meal.

What makes the IHOP such a hit? For most people, it’s their very friendly price tag. Their pancakes are very affordable so you won’t have to worry about spending too much on breakfast food. With promos like their all you can eat pancakes every January and free pancake days, you can definitely get a lot more value for your money from this chain restaurant.

Of course, their food is also a major draw for their patrons. Their classic buttermilk pancake is widely popular and loved by many. They also have lots of other menu items like the Stuffed French Toast and Country Fried Steak and Eggs that are highly recommended.

The main difference with IHOP is that their pancakes are thicker and heavier than Denny’s. This is probably where diners can tell the two chains apart.

While these places share so many things in common, opinions vary greatly when it comes to the IHOP vs. Denny’s debate. They might have nearly the same number of stores, an almost identical list of pancakes, and homogenous concepts, their execution and charms vary greatly, but their pancakes make the world of difference.

The fact that Denny’s pancakes are fluffy while IHOP pancakes are heavier could be deciding factors for most diners. So at the end of the day, it’s still up to your preferences which one would be the best breakfast chain for you.