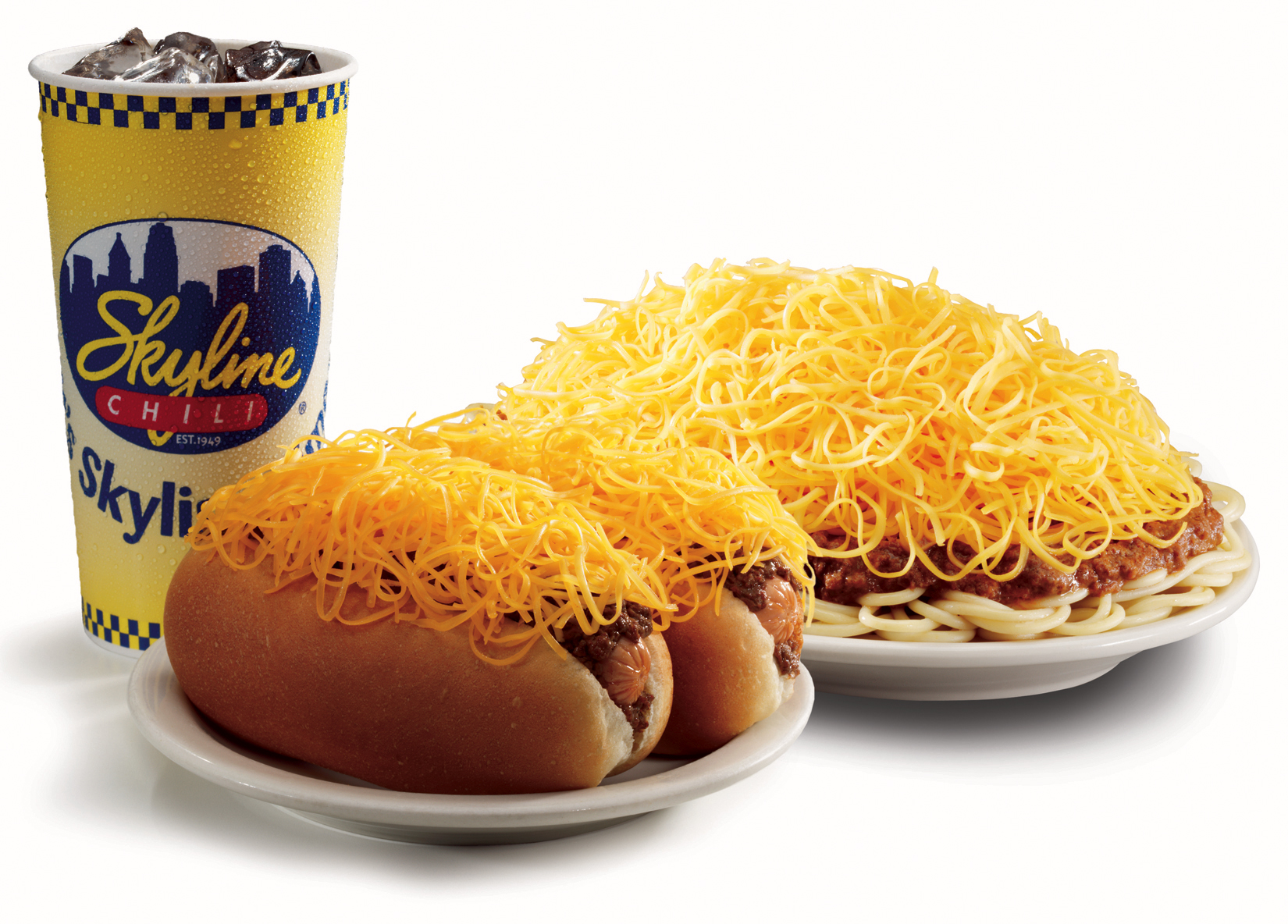 The comparison between Gold Star Chili and Skyline Chili will be of little use to people who haven’t made their acquaintance, so to speak, with Cincinnati chili – the specialty of both regional restaurant chains. Cincinnati chili isn’t the same as Tex-Mex chili (chili con carne) in both its ingredients and its manner of serving to diners so making comparisons between the two is akin to the apples-and-oranges comparison.

Cincinnati-style chili is a meat sauce with a strong Mediterranean-spiced flavor profile. Its ingredients include tomato ground beef, tomato paste, beef stock, and cinnamon, among other Mediterranean spices, which are cooked into a soup-like consistency. Its toppings can range from cheese to onions and beans depending on the customer’s preference. No matter the ingredients, nonetheless, Cincinnati chili is usually served either as a topping over spaghetti and hotdogs, known as “ways”.

Let’s then take a look at the Cincinnati chili in Gold Star and Skyline Chili since it’s the chains’ signature dish. The Gold Star chili is produced in the chain’s central commissary, thus, ensuring the flavors, textures and tastes remain consistent throughout all the restaurants. The combination of ground beef with dried white onions, tomato sauce, melted suet, and pepperonis results in a tangy, sweet and flavorful chili, which can even be enjoyed on its own.

The Skyline Chili’s recipe is a tightly-guarded family secret but we do know that it has cinnamon and chocolate as well as the usual ground beef, tomato paste, and spices in it. The sweet and spicy sauce, thanks to the chocolate and spices combo, is among the reasons for its popularity.

The Gold Star chili has a thicker consistency than the Skyline chili but both are flavorful down to the last bite, as well as complement the carb-rich spaghetti and the protein-rich hotdog. Both chains also serve their chili in several ways, such as 3-way with freshly-grated cheese, 4-way with either beans or onions, and 5-way with both beans and onions.

The Klosterman bun used in Gold Star coney – hotdog with a topping of Cincinatti chili – also has a firmer consistency than the Skyline coney bun. But if you prefer a softer bun, then the latter is a better choice.

Aside from the Cincinnati chili, each chain also offers its own menu with a few common food items. You can order fries, salads and sandwiches along with your ways and coneys in both restaurant chains. You also have the added option of baked potatoes with chili and garlic breads in Skyline. Your other menu options at Gold Star include ice cream milkshakes in several flavors like strawberry shortcake, vanilla, and chocolate, as well as the scrumptious banana cream pie.

The bottom line: You will not go hungry whether you’re a fan of Gold Star or Skyline with its extensive menu of Cincinnati chili, sides, salads and sandwiches. You will find both chains as the best representatives of what Cincinnati chili should look and feel in your mouth.

Many, if not most, of the Gold Star Chili restaurants have tables for dining, usually located in the center of the dining area. Keep in mind that it’s a fast casual restaurant chain so there are usually no waiters to take your orders – line up at the counter, pay for your food, and get your food to your table. You will love the casual ambiance with its kid-friendly and group-friendly amenities, too, even the free Wi-Fi in several locations.

The Gold Star chain being a fast-food concept means that reservations aren’t required –it’s on a first-come, first-served basis. Takeout and delivery services are typically provided to customers while catering services may also be offered in several locations. These services are convenient when there are too many people in the restaurant or when office catering is a better option, among other instances.

The Skyline Chili restaurants also have a casual ambiance with a casual dress code although being in your bikini probably won’t cut it. The chain is known for choosing locations with great views of the surrounding environment, whether it’s a country-like setting or an urban area.  This is a big plus since there’s nothing in the restaurant rule book that casual diners deserve any less than a great view to stimulate their appetites.

The clean facilities in most of the restaurants are also a big plus for the Skyline restaurants, as is the case for the Gold Star Chili locations. You may find one or two locations with less than satisfactory levels of cleanliness but these are uncommon. You can complain about these matters to the managers who usually act as soon as possible, such as cleaning up the restrooms.

In terms of prices, both Gold Star Chili and Skyline Chili have family-friendly prices. There are even shareables suitable for several people in a group that can satisfy their appetite for good comfort food – and Cincinnati chili is truly one of the quintessential American comfort foods!

In conclusion, each one of these restaurants are great places to bring your family and friends for delicious Cincinnati-style chili, French fries, and salads, to name a few items.

Breakfast for Champions: 7 Dishes to Start Your Day Right
Wing House vs. Hooters