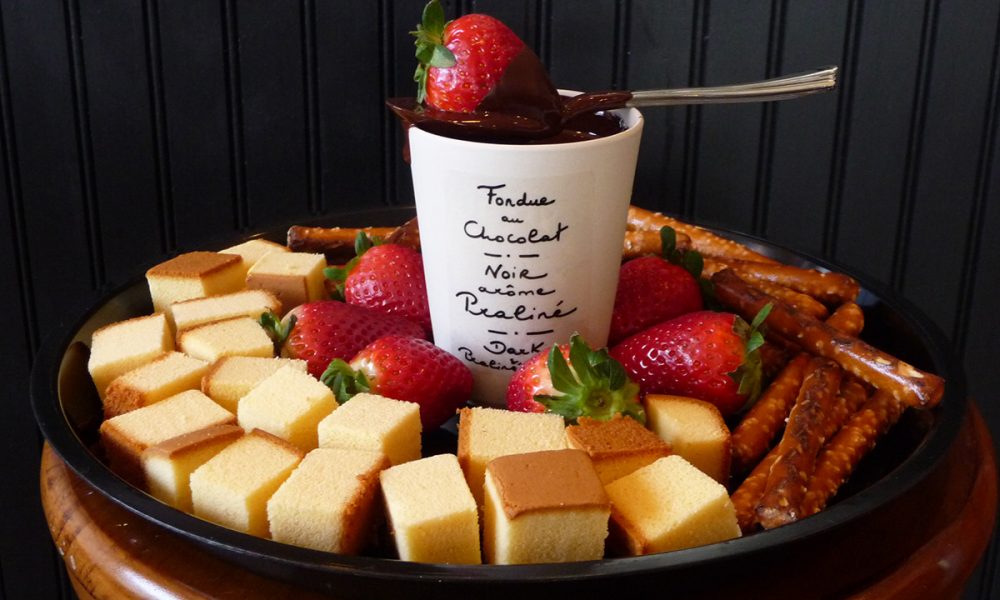 Enjoying Your Fondue Experience Like The Swiss
Restaurant Staff

There’s a scene in the movie Captain America where Steve Rogers showed his ignorance about fondue – he actually thought that it was slang for an intimate act and he earned the ire of his lady love! Nowadays, most adult Americans know what a fondue is and many of them have even experienced it at Melting Pot with their family and friends.

But if truth be told, the Americans and the Swiss enjoy fondue in different ways. Let’s take a look at the way that the Swiss like their fondue experience, a tradition that continues to this day in all walks of life. You may just have a deeper appreciation of the fondue experience, too.

Like the fondue at Melting Pot, the fondue used by the Swiss also consists of a blend of two or more cheese types. The combination of cheeses makes the fondue more complex in its flavors, so much so that every bite feels like an explosion of creamy flavors coming in one after the other.

The more common bread used in a Swiss fondue is the mi-blanc, a white bread with a thin but sturdy crust that can withstand being dipped into the thick melted cheese for a few seconds. Most Swiss like to use day-old mi-blanc because of its sturdier quality but it isn’t necessary since even a freshly-baked mi-blanc is just as flavorful.

Unlike in many fondue places in the United States where the bread is already sliced into cubes, the Swiss-style bread is cut into thick slices before being served to the guests. You should get a slice from the pile, tear it into bite-sized chunks as you go, and then dip the chunk into the fondue.

Tip: Leave each chunk with crust still attached. You can pierce the chunk through its crust using your fondue fork. You will then have a chunk with less likelihood of disappearing into the cheese mixture.

Be careful not to let your chunk of bread disintegrate into the fondue! According to Swiss tradition, whoever commits the mistake will complete a dare, kiss the person next to him or her, or pay for the wine. Said tradition is obviously made in good spirit but it adds to the laughter with your fellow diners so it’s all good.

But you don’t have to limit your fondue experience to just the traditional bread-and-cheese combo. You can also try the mushroom fondue, the tomato fondue, and the champagne fondue – or anything that can be melted as a dipping sauce, if you want.

Did you know, however, that the chocolate fondue isn’t a European tradition? No, because it was actually invented by a Swiss restaurateur in New York in the 1960s. If you want to stick to fondue tradition, you can also try the Italian fonduta piemontese and the French fondue savoyarde.

The distinctive flavors that come from the melted cheeses deserve the perfect accompaniment in beverage. According to Swiss tradition, there are only two types of beverages that should be enjoyed with a cheese fondue:

But if you’re eating fondue in a Swiss-style restaurant or you are with a Swiss group, then you should just stick with the tradition. You don’t want to mess with it, not to mention that you will get the stink-eye from your fellow diners.

Tip: Before you even take the first sip of your white wine, you should clink your glasses with each person on your table. Be sure to look each one in the eyes, too, when you clink glasses because it’s a sign of camaraderie.

The white wine isn’t the only beverage enjoyed during a fondue. The Swiss have a custom known as le coup du milieu, a small glass of kirsch drank halfway through the meal.

The most important thing really about a fondue, whether it’s the American or Swiss style, is in putting everybody who shares it in a good mood!  If there are lapses in etiquette, you and your fellow diners at your table can just laugh about it and go on with the dipping fun!

Dining in Japanese Style: Mind Your Manners
Dining in an Italian Restaurant