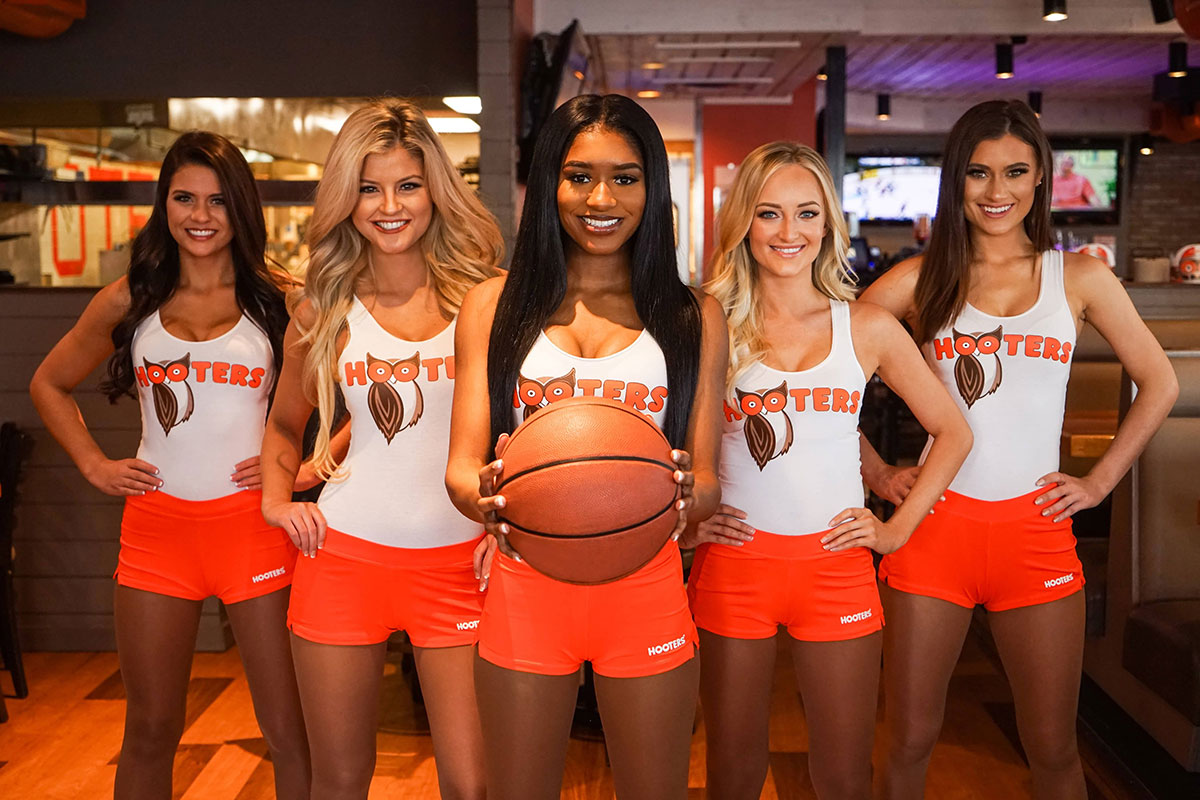 Hooters Recently Launched its Own Line of Spirits
Restaurant Staff

Hooters, arguably the most popular breastaurant in pop culture, has recently entered the spirits industry via its own line of gin, vodka, rum, whiskey, and tequila. Launched last August 2019, the line of spirits can be purchased at Hooters restaurants and leading retailers so you can take the Hooters party to your home.

Hooters emphasized that the line of spirits are made from premium ingredients and, thus, these are premium spirits. This isn’t surprising as the spirits market is as competitive as can be and inferior spirits won’t last long in the heat.  Besides, Hooters probably wants to overcome its reputation as a brand focused on mass-produced, flavored chicken wings served by large-breasted women.

Sorry, but there’s just no going around the fact that attractive women with impressive cleavages are closely associated with the brand. Surprisingly, nonetheless, the new line of spirits doesn’t have boobs as its marketing gimmick! The spirits come in clear bottles with the busty-eyed owl front and center – then again, the owl mascot itself looks like its eyes are breasts so we may have to take back our word about breast not being in sight.

Going back to the premium aspect, Hooters says that the gin is made from select juniper berries and natural botanicals while the vodka is made from corn. We have to say that these are common ingredients for these spirits so there may or may not be a difference with other premium spirits depending on your own experience and preference.

Hooters developed the line of spirits in partnership with United Spirits. As part of its launch, Chase Elliott drove a No. 9 Hooters Spirits Chevrolet Camaro ZL1 at the Bristol Motor Speedway.

Eight Spirits to Choose From

There really aren’t no surprises with the Hooters line of spirits for connoisseurs but therein also lies its appeal. You can use these spirits in making your cocktails or drink them neat.

The variety allows Hooters customers more choices in their booze. The light rum with its clear and crisp mouth-feel, for instance, makes for a great extra to tropical cocktails while the rum makes old-fashioned rum and cola even more attractive. Tequila is regaining its popularity, a dark horse drink, if you will.

The traditional all-American whiskey in the Hooters line is a welcome addition for, after all, it’s the quintessential American drink, the one most closely associated with the American drinking culture. But we must say that the Hooters version is somewhat of a plain Jane version although it suffices for many purposes.

We have to say as well that the Hooters Heat Cinnamon Whiskey is clearly a knock-off of a more popular brand, the Fireball Cinnamon Whiskey, a mix of whisky, cinnamon flavor, and sweeteners made by the Sazerac Company. The comparison can’t be helped considering that Fireball is on fire, so to speak – it’s among the bestselling whisky brands in the United States; this whisky is 33% alcohol by volume or 66 U.S. Proof so it packs a punch in more ways than one.

Which of these two cinnamon whiskeys is the best? Well, we have to say that Fireball wins hands down because of its superior quality but we have to say that the Hooters version will do in many instances.  Both can be used in straight shots or in mixed drinks like Hotter Toddy (with honey, lemon and tea); Ciderball (with hard cider); Cinnamon Toast Crunch and their equivalent.

Paint the town red with these spirits! You can find numerous recipes for cocktails and other mixed drinks where these Hooters spirits can be used so you’re not at risk of being stuck with the same drinks over and over again.  Since Christmas is coming, you may even give them as gifts to Hooters lovers like yourself and get the party started for New Year’s Eve.