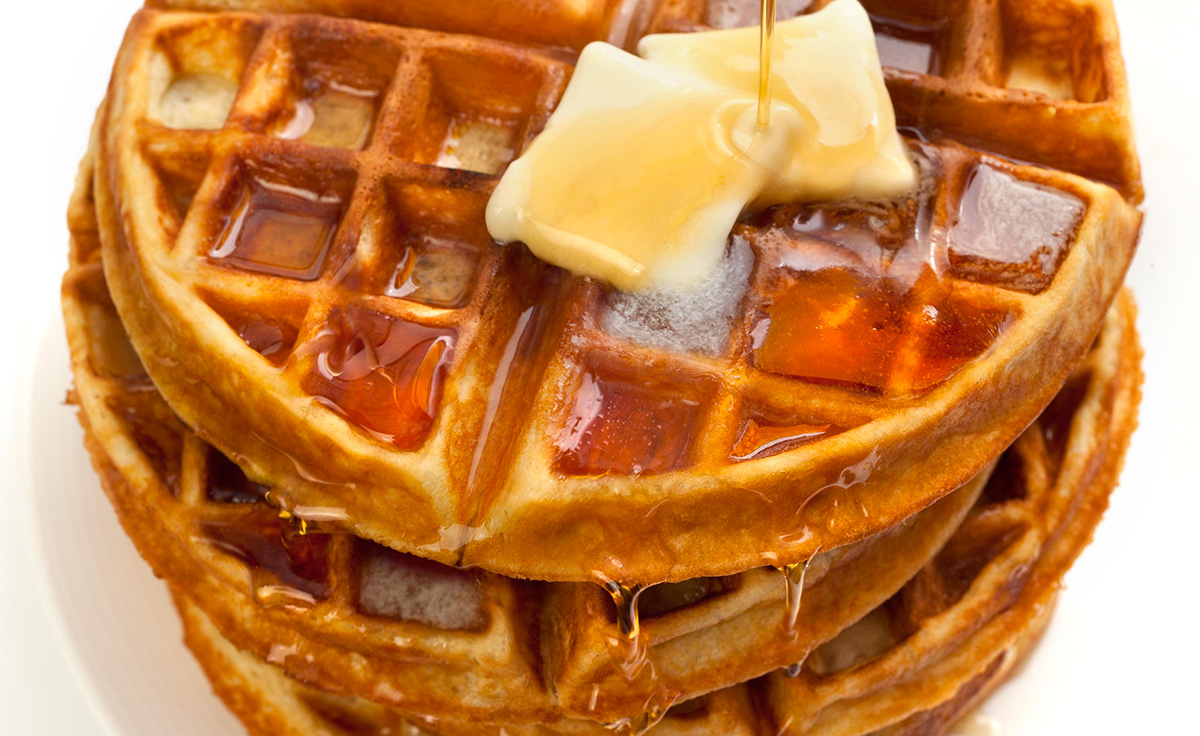 There’s More to Waffles than Meets the Eye

There’s More to Waffles than Meets the Eye
Restaurant Staff

Waffles are part of the modern American culture. But like all imported food, there are several varieties of and opinions about waffles and their toppings, aside from the debates about the best restaurants that offer the best waffles. In modern times, Waffle House and the International House of Pancakes (IHOP) are among the chains known for their waffles versions.

But while waffles have become breakfast and snack staples among Americans, few know their origins, the differences between the different types, and the non-traditional ways that it can be enjoyed. Let’s take a look at these things here.

Original Introduction in the United States

Walter Cleyman first introduced Belgian waffles in North American during the Century 21 Exposition in Seattle, Washington in 1962. But it was original showcased in Brussels, Belgium during Expo ’58 in 1958. By 1964, these were further popularized at the 1962 New York World’s Fair.

Maurice Vermersch, who resided in Brussels, Belgium, is widely credited as the person who popularized Belgian waffles into the culinary staple we know today. He named his waffles as the Bel-Gem Waffle and made them using a simplified recipe of the Brussels waffles, which were popular street food items in his native country. He changed the name when he observed that many Americans were unable to identify Brussels as Belgium’s capital city – and thus, the American-style Belgian waffle was born.

There’s an irony in the origins of the Belgian waffles and in its current form in the United States. The large, square and heavily topped breakfast and snack item in the United States bears little resemblance to the street food in Belgium! There are several differences that it’s a wonder that the former comes from the latter – unless you know otherwise.

If you ask waffle connoisseurs about it, you will likely be told that the American-style waffles pale in comparison with true-blue Belgian waffles as these are sold in the streets of Belgium. You probably eat your Waffle House waffles with a knife and fork but you will not be allowed to do so in Belgium because waffles are eaten with your hands there. You will, indeed, get a unique street food experience with a food item normally served in homes and restaurants.

You will also want as many toppings as possible on your American-style waffled but not so with the true Belgian waffles. This is because the latter is so delicious that it can be eaten on its own – no toppings although whipped cream and freshly-sliced strawberries are usually preferred.  Even with the toppings, the true Belgian waffle should have the minimum amount of toppings since it’s still the star of the show.

No matter the type and amount of toppings you like, the best waffles should be airy on the inside and crisp on the outside. The combination provides a contrast of textures that make each bite yummy, if not interesting. The toppings are, indeed, the icing on the cake since the waffle itself should be delicious on its own.

Between the American-style and Belgian-style waffles, we have to say that both have their merits. As with any food, it will boil down to your own personal preferences, as influenced by the type of waffle you grew up with, among other factors. You may even like both styles since waffles are like slices of heaven with deep pockets for a syrup, sliced fruits, and a dollop of whipped cream.

Waffles in Belgium Are Different, Too

And then there’s the fact that there are two main types of waffles in Belgium! First, the Brussels waffle is a yeast-leavened batter cooked in a hot cast iron waffle machine. The result is a crisp and light waffle that nearly melts in your mouth – and it isn’t served with maple syrup, honey, and whipped cream, much less fresh fruits because it’s just pure happiness as is. This is a crowd pleaser, thus, its popularity both in the streets and in tea rooms in Belgium.

Second, the Leige waffle isn’t immediately attractive on the eyes and the palate. But it grows on you, so to speak, with its deep pockets, lighter-than-air texture, and dense batter with sweet undertones. The difference in texture comes from its dough, which has many similarities to brioche and which has pearl sugar mixed into it.

The pearl sugar begins melting and turning into caramelized pieces of crisp sugar, which adds another aspect to the Leige waffle. This also has a sweeter, denser and chewier quality than Brussels waffles so there’s also no need to embellish it with toppings for added sweetness. Plus, since Leige waffles are also street food, adding toppings will make it impractical to eat on the go.

We can’t say which of these waffle varieties – the Brussels, the Leige, and the American-style Belgium waffles – are the best. Let’s just be thankful that they exist because then we have more choices in waffle goodness!