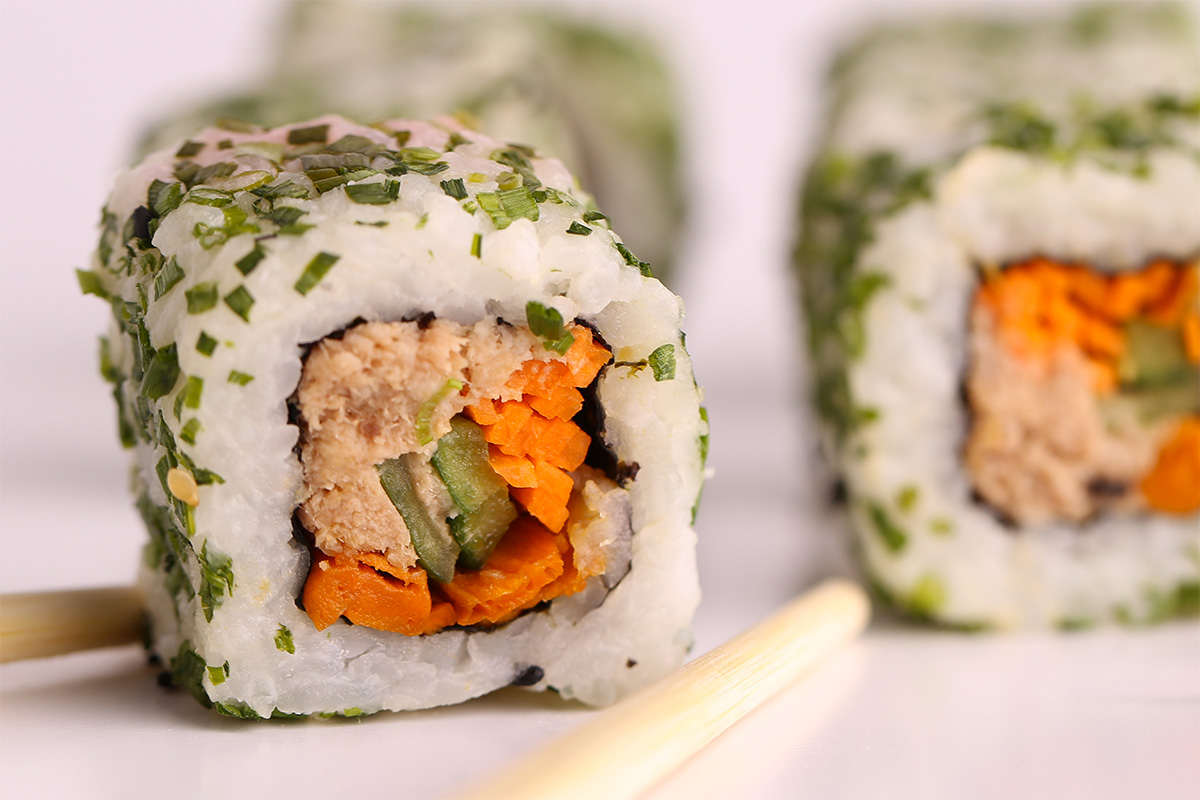 How to Eat at a Japanese Restaurant

How to Eat at a Japanese Restaurant
Restaurant Staff

You’ve always had your meals at Waffle House and why not, since the food is great. But your boss calls and he’s invited you to some fancy Japanese restaurant. You’ve never been to one so what now? No worries as we’ve got you covered.

Traditional Japanese restaurants have cushions and low tables instead of – or accompanying – Western style chairs and tables. Remove your shoes before stepping on the tatami floor where the cushions and tables are. Don’t step on any cushion except your own.

You’ll be provided oshibori or wet towels to wipe your hands prior to eating. Do not eat until everyone’s order has arrived. In a traditional Japanese restaurant, you say “itadakimasu” (“I gratefully receive”) before eating.

If you’re served food in small bowls, hold the bowl with your hand, place it near your mouth and eat. Bigger bowls should not be raised to your lips. If you’re at an izakaya restaurant, shared dishes are common so it’s all right to move food with your serving chopsticks.

Don’t drink until all those at your table have raised their glasses and ready to have a drink. Before you drink, raise your glass for a kampai or salute.

It is customary to serve one another if alcoholic beverages are available. Look up the cups of your friends and refill them if necessary. If someone wants to serve you more drinks, sip from your glass a little and hold it out so the other person can pour in your glass.

In some types of Japanese restaurants like izakya it’s acceptable to get drunk as long as you don’t disturb the other customers. More high end restaurants especially those that have kaiseki ryori do not allow it though.

Tips on Eating Different Types of Food in a Japanese Restaurants

Pour a small amount of soy sauce on the accompanying dish. Put wasabi on the sashimi. Don’t use too much as it could affect the fish’s flavor. Dip the sashimi in the sauce and eat. In some kinds of sashimi taste better when it’s consumed with ground ginger so consider that too.

Use your chopsticks to gather the noodles. Bring the noodles to your mouth and eat. In contrast to Western culture where slurping is considered rude, in Japan it is a sign that you’re enjoying the soup.

If you’re served noodle soup take care not to splash the noodles back in the bowl. If you’re given a ceramic spoon, use that. If no spoon is provided, just lift the bowl to your lips and drink the liquid.

Pour soy sauce in the sushi dish. Do not pour more than you’ll consume. You may or may not put wasabi in the sauce. Some sushi already has wasabi and pouring more in the dish might embarrass the chef. If you don’t want wasabi in your sushi just say so.

Sushi is eaten a bite at a time. You may use chopsticks or your hands, but don’t try to separate sushi as it will just cause the food to disintegrate.

Hold the chopsticks with one hand and the rice bowl with the other. Raise the bowl to your mouth and eat. Never sprinkle soy sauce on cooked, white rice.

For curry rice or whenever rice is mixed with soy sauce, use spoons. These are almost impossible to eat with chopsticks so spoons are all right.

For large food items like these, you use your chopsticks to separate them into bite sized chunks. This might take some getting used to especially if you’ve never used chopsticks before. But give it time and you’ll get this right.

Dining at a Japanese restaurant is not as intimidating as you might think. By following the steps here you’ll have a good time and savor the atmosphere.

How Much Should You Tip?
What to Order in a Caribbean Theme Restaurant