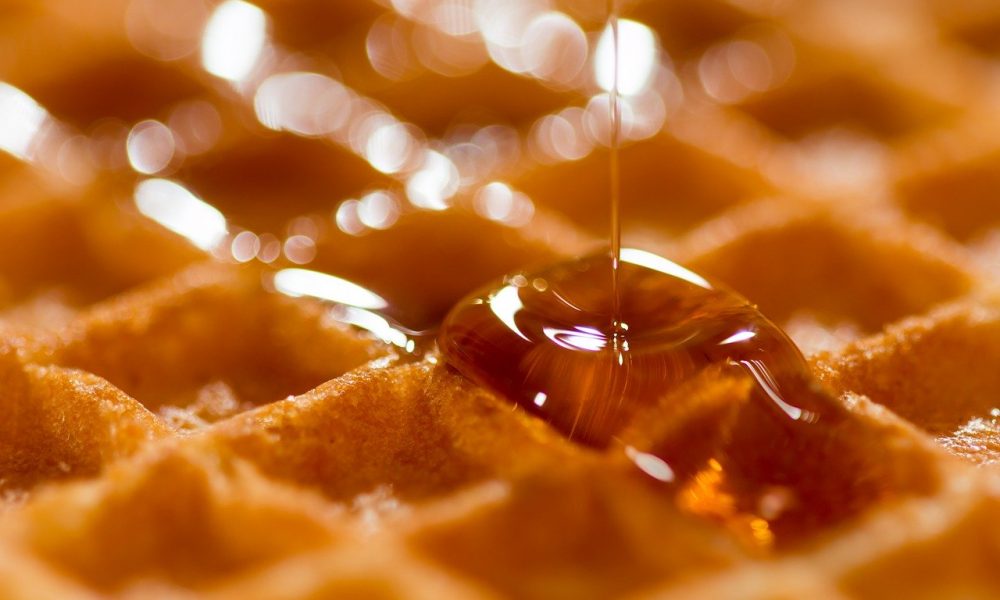 Waffle House vs Denny’s: Where Can You Get the Best Version of the Most Important Meal of the Day?
Restaurant Staff

Breakfast food is pretty high up in the list of best food items ever. Even if you’re not a big breakfast person, there’s still a very likely chance that you enjoy breakfast food. Why not when it’s crunchy, savory, sweet, warm, and savory all at the same time? Some even compare it to a nice hug that is particularly great if you have a hangover.

Contents show
1 Waffle House is pretty much an institution but Denny’s is a pop culture icon.
2 Denny’s covers a lot of ground when it comes to breakfast food while WaHo sticks to the basics.
3 Eating at Waffle House is always a convenient choice if you live near one while Denny’s is located in more states.
4 Waffle House is hailed as the #1 breakfast chain by many media outfits.

However, not all breakfast food are made equally. Some flat out suck while others are subpar at best. But there are also those exquisite plates of breakfast food, glistening and crunchy in all its glory. Both the Waffle House and Denny’s promise them which is why lots of people end up comparing the two chains.

On the surface, these two eateries do seem like they offer the same thing. But that’s not exactly true. They have significant differences that will help you decide which one you’d prefer more. This, of course, doesn’t help the Waffle House vs. Denny’s debate as the differences in preferences they cater to only stoke the fire of their competition.

Before we begin, you may view menus of both here:

If you’re not sure which one you should head off to, though, here are a few of the most notable things about these two breakfast joints that you should know about:

Waffle House is pretty much an institution but Denny’s is a pop culture icon.

While Denny’s actually opened 2 years before Waffle House, the latter was able to establish itself as an institution in the restaurant industry for effectively executing a simple but effective concept. The idea behind the brand is to create a restaurant that is focused on people that also serve good quality food with great value. They achieved all that and mastered the craft of breakfast food so they’re now the go-to for most folks who want some breakfast or comfort food.

Denny’s also has their own heritage in the dining biz even after several name changes. They’re pretty iconic, too, since they got featured in various TV shows like Breaking Bad and South Park. They have certainly made a name for themselves across the country through their large menu and enjoyable breakfast items.

Denny’s covers a lot of ground when it comes to breakfast food while WaHo sticks to the basics.

Another notable difference between the two breakfast chains are their menus. Denny’s has a pretty expansive menu so you have lots of options to choose from. Their servings are huge, too, so you can be sure to get your fill here. They try to cater to as many different tastes and preferences, guaranteeing that there’s something for everyone in their stores.

Waffle House, on the flip side, has a significantly smaller menu. They’re more about the basics so you won’t get a lot of complex menu items here. They’re very straightforward so you don’t have to wonder what will be served to you.

Many experts believe that this is the key to the chain’s success. Like other brands that stick to a small menu, Waffle House was able to focus and perfect the items they offer so they’re significantly better than the competition. It’s definitely an excellent tradeoff.

Eating at Waffle House is always a convenient choice if you live near one while Denny’s is located in more states.

An interesting fact about WaHo is that they never really close their stores unless there’s a major natural disaster in their area. This has been a thing ever since that some regions use their closing as a meter of how bad things are in a specific area.

As Waffle House is only really available in the Southern states, not a lot of Americans get to enjoy it unless they travel. This is quite a travesty which is why lots of folks want them to expand further north.

This being said, Denny’s tend to be more accessible for some folks. As they’re also always open and capable of serving breakfast food at any time of the day, their services may be more readily available for other people.

Waffle House is hailed as the #1 breakfast chain by many media outfits.

While the rankings of blogs and media outfits are hardly definitive, they still hold some sway. So by crowning the Waffle House as the best breakfast chain, they help establish the high regards lots of people have for the brand. Many may not agree but the fact remains that WaHo is great enough to be considered superior than its competition and that’s always worth considering the next time you feel like having some greasy breakfast food.