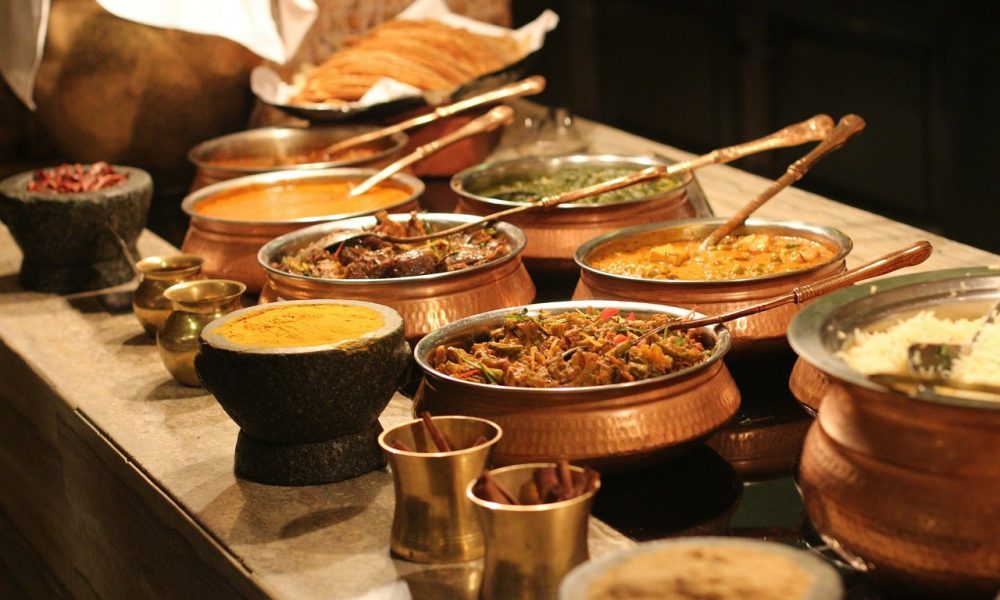 Being around for decades already, it’s not surprising that buffets are losing their appeal to many. Sure, the overwhelming amount of food can be exciting for a lot of people but not to all. Some folks are not enticed by the promise of unlimited amounts of servings anymore, especially those who value quality over quantity. Others aren’t big fans of how different kinds of food look when they’re all piled up to maximize the real estate of a small plate.

This is why one major trend lots of all-you-can-eat restaurants are shifting into right now is the use of small plates. Instead of chafing dishes and large bowls, small vessels are now being used by many eateries to hold their offerings. Guests can then just grab one and go instead of scooping up the portion they want to consume.

In Las Vegas, the buffet capital of the world, top-rated restaurants like the Wicked Spoon and Bacchanal are already doing this. If you’re still on the fence, however, about giving the rather new concept a try, here are five things that might change your mind.

1. You won’t feel overwhelmed by the portions

Smaller vessels means smaller portions, so you can avoid mistakenly heaping a large amount of food in your plate. When you’re in charge of getting your own food, diners can get greedy and take a massive serving even if they’re not sure yet if they’ll like the dish.

By plating the dishes in small portions, you won’t fall into that temptation and feel overwhelmed by the amount of food on your plate. This will also let you sample a little bit of everything before heading back and getting more of those you liked.

According to some studies, about half the food in a buffet gets wasted. This is not surprising since some people don’t really finish what they take, especially when they got greedy in the food station. Of course, there’s also the fact that AYCE diners don’t always get to estimate the amount of food that their patrons can finish everyday, so lots can end up in the bin.

Luckily, experts also found out that by serving them in small portions, food wastage can be minimized since diners will not be overwhelmed and overestimate their capacity to finish a portion.

Lines can move quicker if people don’t have to dawdle on how much food they want to get. Sometimes people just can’t decide right away if they’re going to get another scoop as if they can’t go back for more later.

When portions are served in smaller vessels, everyone can just grab a plate, basket, or bowl and then quickly move on to the next food station in seconds. It can be less fussy and will speed up the diner turnover in the food stations.

Buffets typically use shared serving utensils for their dishes. These things are not cleaned in between uses, so if the person before you doesn’t have clean hands or if they carry a virus, their germs can be easily passed on to you and the next users of the utensil.

By providing food in separate small vessels, you don’t have to touch lots of stuff that other folks in the dining hall have also touched. Ideally, you’ll only need to grab the vessel that’s holding your food portion and not much else in the food station.

If hygiene and public health safety is your primary concern, aside from small plate buffets, you can also go for all-you-can-eat diners with tableside service. Restaurants like Texas de Brazil and the Rodizio Grill employ rodizio-style dining.

This means that they have ‘gauchos’ or meat chefs roaming around and serving the different kinds of meats to the diners. They carve these meats right on your table and will provide your desired serving. This lessens the diners’ interaction with shared utensils even if the food isn’t portioned off and plated straight from the food station.

Not a lot of us have the skill to plate food from a serving dish. Also, doing so while in a buffet line can be quite inconsiderate as it will definitely take you a while to make your plate look pretty. So if you’re going to eat in a regular AYCE diner, you should be ready for your food to not look too foodstagram perfect.

Small plate buffets, on the other hand, plate their servings in the small vessels they serve them in. As a result, they’ll always be more attractive than what regular folks can do with limited time and skills.

Small plate buffets may feel a bit restricting with their portions but with all of these said, it’s easy to see that they’re not so bad. Give them a try and you might just have a great time.