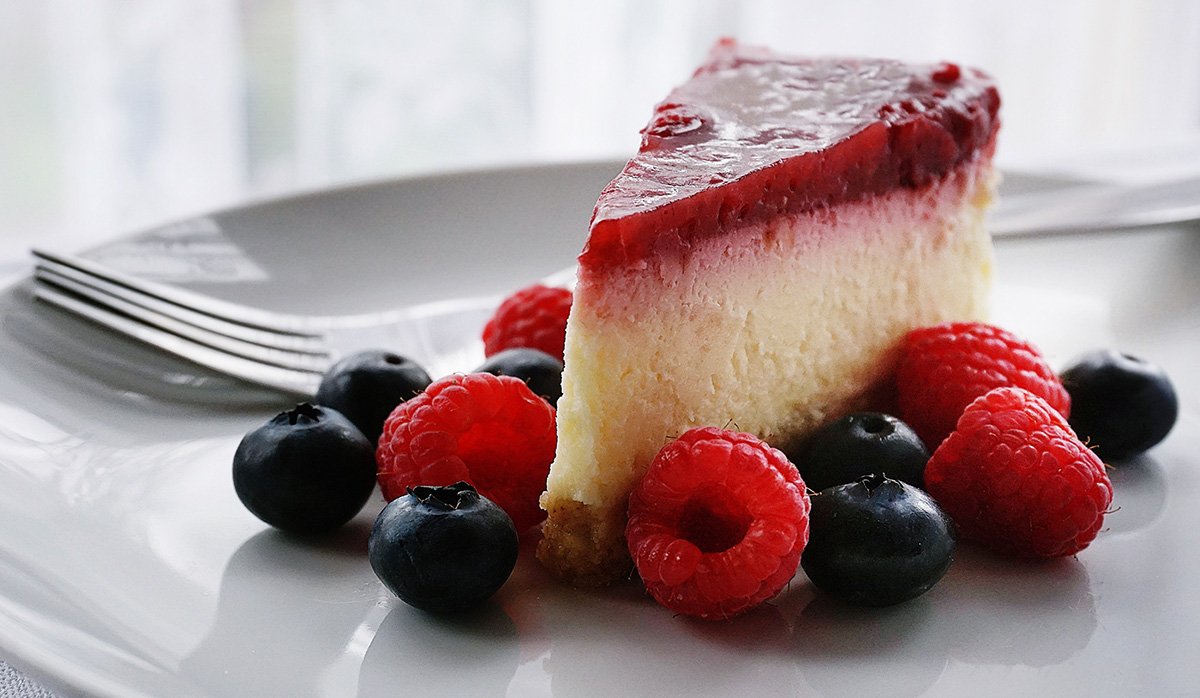 We have a quite distinctive cuisine in the United States in the sense that it is a solid proof of the country’s melting pot status. We have cheesecakes and pancakes, both of which have non-American origins although these have been considered as quintessentially American in contemporary society. Pancakes, after all, are considered a staple of the American breakfast and cheesecakes, particularly New York-style cheesecakes, are dessert staples.

What else should be we know about cheesecakes and pancakes? Here are a few fun facts that we think every cheesecake and/or pancake-loving American should know. At the very least, you will have more appreciation for the brilliant minds behind these beloved American treats.

Both cheesecakes and pancakes have their origins in the ancient world although we may be unable to credit a single person or group of persons for their creation. We can safely conclude, nonetheless, that both dishes underwent several changes through the centuries, said changes of which were likely brought by the availability of ingredients, the changing tastes in consumers, and the evolving technology (e.g., refrigerators).

The ancient Greeks are generally credited with the invention of the cheesecake although it was different from contemporary cheesecakes. According to ancient Greek writer Athenaeus, the cheesecake recipe involved pounding cheese until it has a pasty consistency and a smooth texture; passing it through a sieve; adding honey and spring wheat followed by thorough mixing; and cooking it over fire. He added that the resulting dish, which would have the mouth-feel of British boiled pudding, was served to athletes competing at the first Olympic Games in 776 B.C.

King Richard II’s cookbook, Forme of Cury published in 1390, contained a cheesecake recipe that closely resembles the modern cheesecake. Known as sambocade, it contained egg whites, sugar and wrung-out cheese curds, among other ingredients, which were then blended and poured into a pie crust prior to baking.

The cheesecake we enjoy today – The Cheesecake Factory is undoubtedly the most famous purveyor of the favorite dessert – is a more modern invention. William Lawrence, a New Yorker dairy farmer, invented cream cheese in 1872 soon after he bought a factory that made Neufchâtel, a type of soft cheese with a milder flavor and creamier texture. He added heavy cream to the Neufchâtel cheese, ate it fresh without aging it, and voila!

And then there are the pancakes, also known as flapjacks, which also have ancient origins. In the United States, these breakfast staples were likely brought by the Pilgrims and underwent several changes as these travelled, so to speak, across the width and breadth of the United States.

Pancakes are similar to waffles in that both contain the same basic ingredients. The main differences lie in the texture and consistency, as well as the square holes in waffles, between the two American breakfast staples.

Cake and Not Cake

Strictly speaking, a cake should be made of flour as its primary ingredient; milk, eggs and baking powder are the other common ingredients. Pancakes are then considered as cakes by this definition but cheesecakes aren’t because their primary ingredients is cream cheese, not flour.

Cheesecakes have a crust but it isn’t the crust in breads either since it is usually crushed graham crackers mixed with melted butter.  Graham crackers aren’t the only ingredient for the crust either – other options include Oreo cookies and digestive biscuits, which are ideally crushed for the best texture.

Depending on the type of cheesecake, it may or may not be baked in an oven. Generally speaking, no-bake cheesecakes don’t contain eggs while baked cheesecakes have eggs; the eggs should be cooked well to eliminate the risk of salmonella, among other raw egg-related diseases.

Pancakes aren’t baked in an oven, too. Instead, these are cooked on a stovetop, either with an ordinary frying pan or with an especially-designed griddle pan, thus, the name. These are so easy to cook, too, that these are usually the first breakfast staples that kids learn to make.

Both cheesecakes and pancakes can be made with a wide range of toppings, too. Name it – fresh and canned fruits, jams and spreads, chocolates and whipped cream, bacon and eggs – and you can probably pair it with pancakes since these serve as the blank canvas for your culinary work of art.

But for cheesecakes, it’s different matter since these are usually seen as desserts so the toppings are usually sweet in taste. Fresh fruits, from strawberries to blueberries, as well as white and dark chocolate, and whipped cream are considered the acceptable toppings.

Sabrage is Fun But it Ain’t Easy!
Dealing with the ‘Hangry’ Beast in You