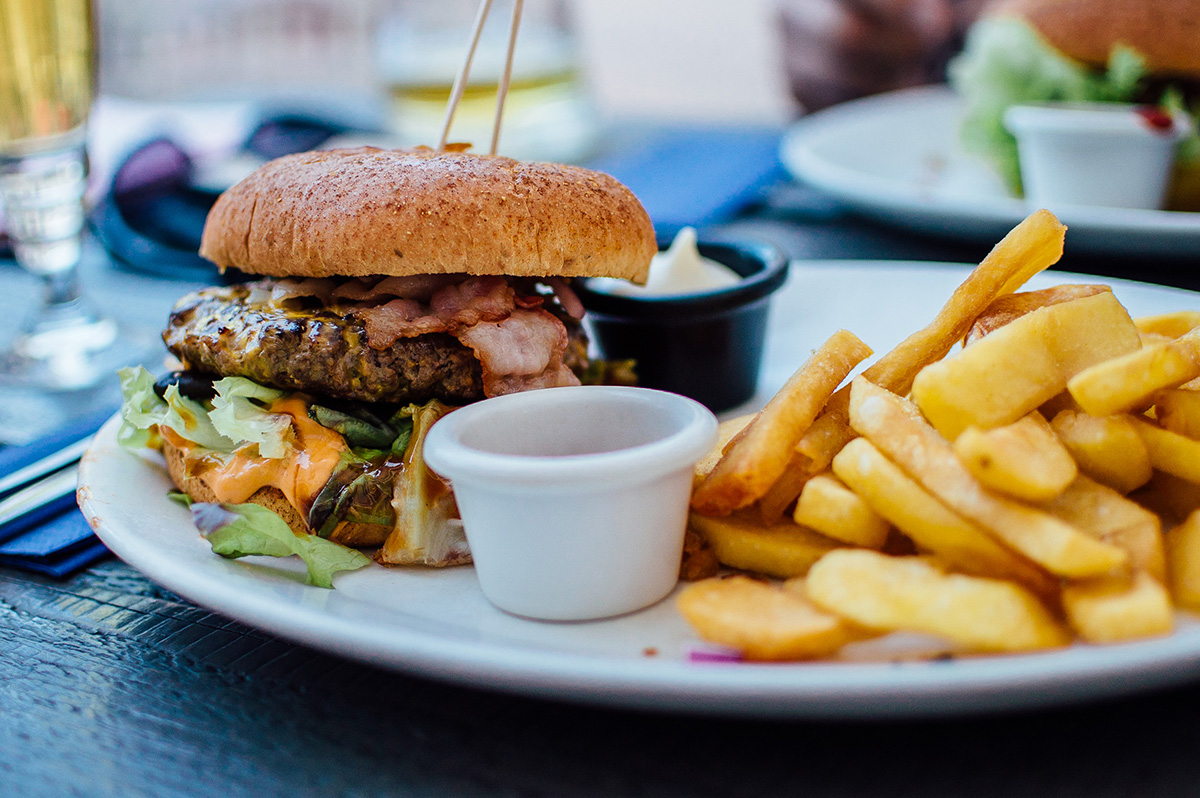 A Closer Look at Umami in a Burger

A Closer Look at Umami in a Burger
Restaurant Staff

According to Wikipedia, umami is a Japanese loan word meaning “pleasant savory taste”. Kikunae Ikeda, a Japanese chemist, coined the term in 1908 from the words “umai” (delicious) and “mi (taste) so it’s a general term used to describe delicious food. Such is the distinctiveness of the savory taste that it has been classified as the one of the five basic tastes, the other four being sourness, sweetness, saltiness, and bitterness.

Most food with the umami taste get it from monosodium glutamate (MSG), which isn’t surprising as people detect the savory flavors via taste receptors in the tongue that respond to it. But MSG isn’t just the source since umami can also be acquired from fermented products, such as fish sauce, and meat broths.

While umami may seem like an Eastern culinary thing, it isn’t! Many food bloggers, foodies and gourmands, and chefs in Western societies also use the term in describing the distinctive savory taste of nearly everything from soups, noodles and meat dishes to burgers. Let’s just say when people are hard-pressed to describe the deliciously savory flavors of a particular dish, the term can say it all.

Such is the case with the offerings at Umami Burger, the wildly popular small chain of burger-centric restaurants. When Adam Fleischman established it, he envisioned a place where burgers are elevated to a savory art and where people can enjoy alcoholic and non-alcoholic drinks with their umami-infused burgers.

There are only 25 restaurants in the chain with most in Florida, California, Illinois, New York, and Nevada with a few in Japan. By limiting the number of locations, the chain ensures that the addictive umami taste in their food remains. Even the higher prices don’t deter people who already know the treat they are in for here.

Modernist Techniques on an American Classic

The signature creation, the eponymous umami burger, has several layers that demands to be solved. But after you’ve given up solving it, you focus your energies on actually enjoying each bite and get to a Eureka moment. It isn’t meant to be solved, it’s meant to be savored, just as you do with all things umami.

Each burger has a 6-ounce beef patty, which is really generous by industry standards, but little about the patty conforms to standards as we know it in the fast-food industry. There are many aspects that differentiate it from your usual burger including:

The best way to describe the burger when presented on a plate is it’s a compact beast that will satisfy the raging beast in your stomach.  The meat’s crust is sweet and crisp with a well-browned appearance, as well as with a dripping quality that makes it appear it’s cooked rare. But when you open it, either with your teeth or with a knife, it has a pinky-gray color so you know it’s cooked to medium.

And that’s not all. Umami Burger doesn’t just slap the patties on a griddle and let it fry. Instead, the patties are cooked at a low temperature for a long time, which draws out the juices and cooks the meat perfectly. Before the patties are served, these are briefly seared to get the wonderful crust.

There’s also another aspect that differentiates Umami Burger from its competition – it uses truffle oil, and generously so. There’s burgers with truffle cheese, beet salad with truffle oil and ricotta, and truffle fries. No wonder the chain wins the umami game because truffle oil adds a layer of complexity to otherwise bland food, even if it may cost an arm and a leg.

When you plan on visiting an Umami Burger location, be prepared for the long lines. Customers are willing to wait for an hour or so just to be able to sink their teeth on one or a few of the dozen signature creations, aside from shelling out a few more dollars than you would for a fast-food burger.